Gilles lives up to her “Great Expectations” 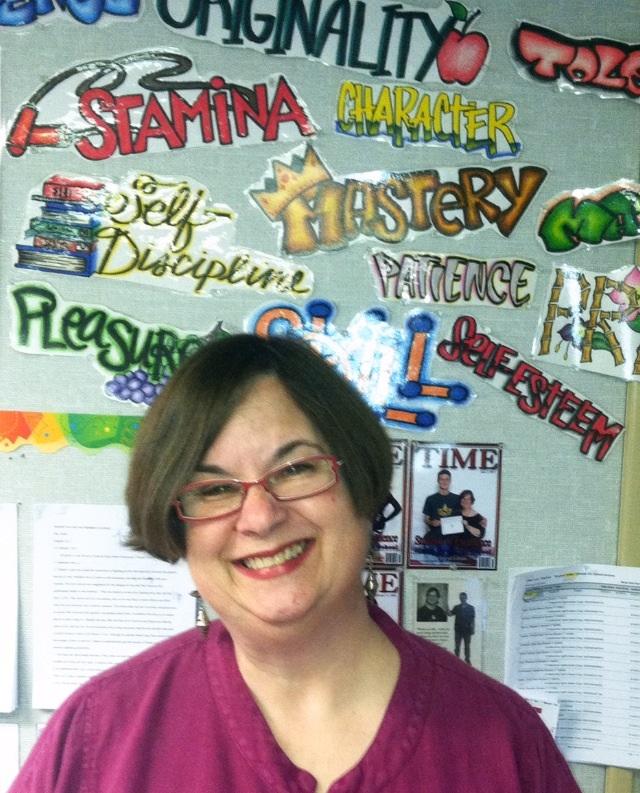 On February 7, 2014, the NEA Foundation had its Salute to Excellence in Education Gala in Washington D.C. The NEA Member Benefits Award for Teaching Excellence, known as the Academy Award of public education, one of the public education’s top honors, was awarded to one of the beloved English teachers at Monte Vista.

Gilles is one of 36 educators to go to China to teach and learn about education there, one of five teachers who received the Horace Mann Award and the only one to receive the NEA Member Benefits Award for Teaching Excellence.

She was first nominated by the SRVEA teachers’ union last February by Ann Katzburg, the president of SRVEA; Gilles has come a long way since.

“She [Katzburg] was pretty impressed by my Great Expectations tea party,” Gilles said.

However, the honor of being nominated is only the first baby step; the application process gave Gilles the chance to shine.

“There was a ginormous application for the National Education Association Foundation,” Gilles said. “I wrote five pages single spaced–that was my favorite part. I had to stop and articulate what I know and believe about teaching.”

By May of last year, Gilles was the only teacher representing California. Her award included a $650 to Monte Vista’s English department and a trip to Washington D.C. to go to the Gala.

“In June, I was in Alabama for a speech and debate event, eating at a restaurant in Birmingham,” Gilles said. “I received a call about the Horace Mann Teacher of Excellence Award by the NEA foundation, but it was to the school phone–during the summer. They left a voicemail and somehow it is voice activated and sends voicemails directly to my email. >The funny part was that it didn’t translate well. It was the most bizarre message that I have ever received.”

“I had to plan a trip to Washington D.C. in August. They would give me exactly 60 minutes to give a teaching demonstration and answer 13 tough questions in front of a panel of national judges, and then they sent me the questions,” Gilles said. “I practiced in front of teachers–Ms. Slipka, Ms. Giovanola, Ms. Leadingham, and Ann Katzburg. They really helped me.”

Once she received the much welcome constructive criticism, Gilles went back to revise and edit her prepared material and had two more teachers help edit before she went off to Washington D.C.

“It was pretty cool,” Gilles said. “I had it exactly down–every bit of it–in exactly 60 minutes.”

After that, it was all about patience.

“They told us that they would make the decision that summer, but they did not tell us until that Friday night at the Gala,” Gilles said.

As one of the 36 finalists for the NEA award, Gilles will also go to China.

“I found out that as one of the 36, I would be sent to China for ten days,” Gilles said. “I’m doing my training online. I will meet with Chinese educators in Beijing and Xian.”

The trip is an all expenses paid trip with exception for lunches and gifts.

“I will buy something beautiful for my classroom,” Gilles said.

Anyone who has been to Gilles’ classroom can tell that she is truly a unique and creative teacher just by looking around.

“There are things around my room from different cultures,” Gilles said. “And I will bring back something that makes me think of Chinese education at its best.”

Once Gilles returns from China, she will be expected to write a lesson plan based on her experience.

Gilles went to Washington D.C. this February with her husband Tom Dunlap, and her daughter Mollie, where she had three days of training to prepare her for the trip.

As a Horace Mann winner, her students made a movie about her teaching excellence (it can be seen on YouTube). The video was shown at the Gala along with the 4 other student-made videos for each finalist. Gilles felt as though she were a nominee for an Academy Award as she watched the film at the Gala.

“I didn’t think I was going to win,” Gilles said. “I didn’t write a speech. I had nothing ready, but I was having a wonderful time because I thought the pressure was off.”

However, she did win, and gave an extemporaneous speech.

“It was a very good speech,” Tom Dunlap said. “All she had with her was a napkin with a few words.”

“I’m a puddle,” Gilles said. “I took my little piece of paper out and I write.”

“When I won the award, all I had written were those four names of the contributors who must be acknowledged in the winning teacher’s speech, the beginning of a fabulous poem, and ‘We love you, mama’ written by Mollie. Those fragments ended up being what I talked about,” Gilles said.

Although Gilles won the award, the journey is still not over.

“They have a picture of me holding the huge check, but that is my least favorite picture,” Gilles said. “That’s not what was astonishing. What was astonishing was that this was an organization representing my peers, and I have a lot of respect for them. I love that it is the award for teaching excellence; it’s not for teaching perfection. I still make mistakes. I still have to try new things and have them wobble a little bit.”

Gilles has returned to her normal life as an English teacher at Monte Vista.

“I think it has made me more humble because I have to keep earning this, and I want to…for my kids,” Gilles said. “After all of that, I wanted to come home and be here. All of that was beyond my comfort zone, and I’m unfamiliar with the world of Galas. I was absolutely exhausted and I was so happy to return. This is where my balance is. This is where I’m content.”

While making education fun and captivating, Gilles also prepares her students well for subsequent grades in high school and college to follow.

“I think I really loved the fact that I was given a complicated task,” Gilles said. “I liked the challenge.”