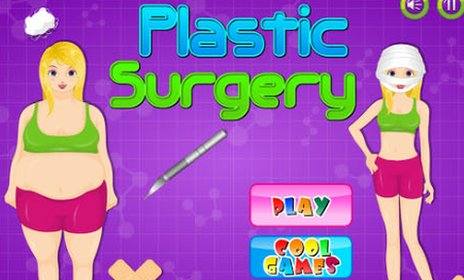 Recently, a "Plastic Surgery for Barbie" app has been taken off of iTunes. It threatened young girls' self-images and caused many protests, specifically by parents.

There used to be an app called “plastic surgery for Barbie,” available on iTunes. However, it was taken off due to the potential negative effect on young girls.

The app is rated 12+ for “frequent/intense, horror/fear themes,” the process of performing plastic surgery. It targets children in their “tween-age” years, children who are easily influenced by what they are immersed in, including apps.

In the app, young children can perform plastic surgery and liposuction to make an “ugly” (overweight) Barbie “pretty” (skinny) again. When they see Barbie becoming more “beautiful” when she gets liposuction surgery, they feel that they should do the same to make themselves more “beautiful” as well; they do not know the potential dangers involved.

Young teens, especially girls, are targets and potential victims of this app because they frequently feel self-conscious based on what they see in society, including apps. The “perfect” body image becomes a problem as it distorts how they feel about their own self-confidence in their physical appearance. Eating disorders and body shaming become major problems that can lead to unfortunate futures for these young girls just because of their “admiration”.

Although the app may seem like a funny joke to us, it is much more of a serious problem. The alien-like “Barbie” looks more terrifying than beautiful. Mature, older people can obviously see this, but young children cannot.

On the other hand, there are also many apps that accentuate positivity and self-confidence. These apps range for all people, not just for a specific “targeted” group and are mostly rated 4+ in the app store.