He’s Not All That 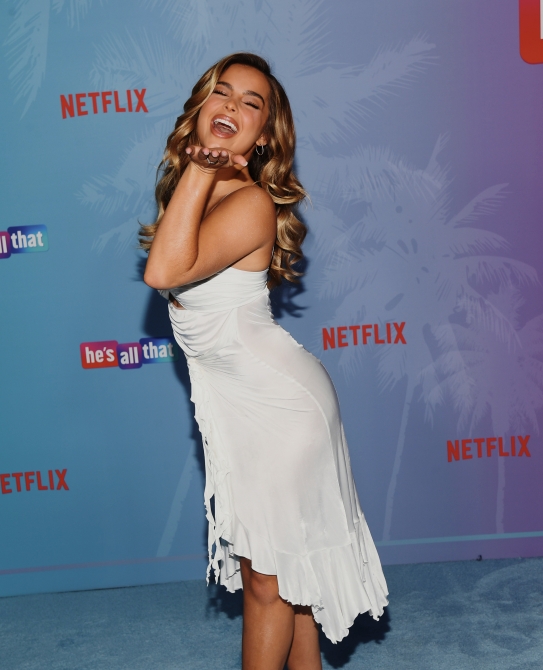 Photo by Michael Buckner for PMC

Addison Rae at the premiere of “He’s All That.” The movie premiered August 25, 2021, and was available to stream on Netflix.

The new film, “He’s All That,” came out late August and featured Addison Rae, a social media influencer, as the lead role. Casting an influencer caused a lot of controversy, and many feel that she got the role solely based on internet fame. The decision also questioned whether or not influencers are stealing the jobs of professional or talented actors.

Mark Water’s reboot of the iconic 90’s film “She’s All That” reiterates the same plot. However, he makes it modern and more appealing to the newer generation by including smartphones, social media, and TikToker Addison Rae.

“He’s All That” is a lazy adaptation of the original. The movie revolves around the life of high school student and beauty influencer, Padgett Sawyer.

Sawyer accepts a bet to transform an outcast, Cameron Kweller, into prom king. Following the storyline of the original movie, Padgett falls for Cameron, Cameron finds out about the bet, and Padgett and Cameron somehow magically make up with each other in the end.

The movie is incredibly predictable and the main reason people watched it was for Rae. Rae is known for her 15-second dance videos on TikTok, and has amassed 84.3 million followers on the app. She recently started a music career and developed a line of clean beauty products.

She has been deemed very mediocre in those fields by users on the internet, and received a ton of backlash for going into those fields. Her acting is no different.

The delivery of her lines seemed very forced and her expressions were quite rigid. Many had high expectations of Rae, as she essentially plays a character close to her real self. Her casting in the movie was clearly based on her internet popularity rather than talent.

“I think [influencers] should stay with what they do and let other talented people have a chance,” sophomore Rhea Pisharody said.

Many aspiring actors put in effort, time, and money, in order to achieve the kind of talent that it takes to act in movies. For them it takes a lot of hard work to land roles, whereas for influencers it is handed on a silver platter.

Granted, hiring a professional actress probably wouldn’t have saved the movie, but Rae’s casting gives a glimpse into what the future of the lead roles in the film industry might look like. Rather than a talented or trained actor, the lead might be the next viral internet personality.