Shang-Chi and the six out of ten rings 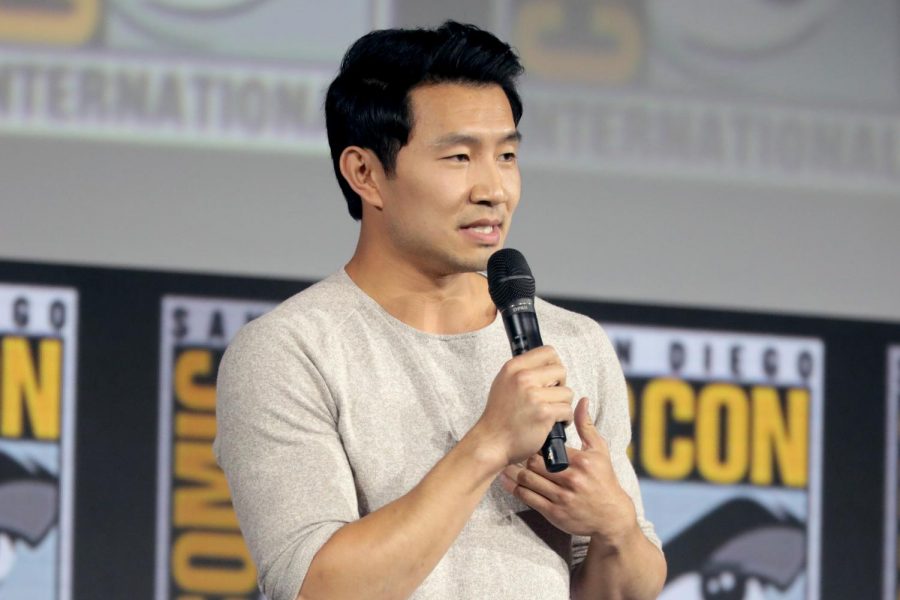 Simu Liu speaking at the 2019 San Diego Comic Con International. Simu Liu starred in Shang-Chi and the Legend of the Ten Rings as the first Asian lead in the Marvel Cinematic Universe

Shang-Chi and the Legend of the Ten Rings opened in movie theaters on Sept. 3, grossing $94 million domestically over its opening weekend and breaking the box office record for a Labor Day release.

The movie follows a martial arts master named Shang Chi who must confront the past that he has been trying to escape. Shang-Chi incorporates many Asian themes, such as family values and Wushu (a Chinese martial art), which are all great additions to the Marvel Cinematic Universe (MCU). Additionally, the cast is predominantly Asian and stars Simu Liu, the first Asian lead in a Marvel film.

Despite these changes, however, the core of the film isn’t much different than other MCU movies. For many, especially Marvel fans, this is not a problem. Look no further than one of the most upvoted user reviews of Shang-Chi on IMDb where user domincwood-14505 wrote, “If you’re looking for a great story, you’ll be disappointed.” But he gives Shang-Chi a 9/10 rating because of the movie’s action sequences. “The fight scenes are all amazing. There’s one weak fight, but it’s meant to be weak, and they’re all very long, which is great to see.”

But what actually makes a good movie?

Is it purely based on its entertainment value? Is it the quality of its action sequences or the complexity of its writing? Is it the movie’s ability to capture emotion?

There is, of course, no single answer that clearly tells us what makes for a great film. Every moviegoer comes from different backgrounds and has different wants.

In my view, though, the stringing of images in rapid succession isn’t enough to create a movie; a movie must carefully and intentionally craft those images into a meaningful story. This follows from the central purpose of a movie: to convey ideas and experiences. While action sequences and visual effects may make a movie better and more fun to watch, they are only supplements to a film, not replacements for the story.

I must admit that Shang-Chi does have great action choreography and flashy CGI, which dominicwood-14504 points out. But I must disagree with the logic that a movie with a poor story can be given a 9/10. This is the primary conflict between me and many of those who gave high praise to Shang-Chi, and it is why I believe the film is mediocre at best.

The movie’s exposition, like many superhero films, introduces a stereotypically shallow, power-seeking figure gifted with a divine power. This is not a criticism of the superhero genre, but it certainly doesn’t add any points in terms of story writing. The exposition contains long action sequences interspersed with Marvel’s signature anticlimactic humor. At times, these scenes were captivating and entertaining, but at other times they seemed to drag on. Unfortunately, the beginning of the film failed to make me invested in any of the characters.

Next was the slow middle act, composed of many long scenes whose sole purpose was to move the characters from one place to another. These long sequences had very little moral or emotional conflict and were simply characters battling digital effects.

Then came the dull climax. Like many superhero films, the ending was a string of deus ex machinas and conflicts solely involving combat and computer graphics. Some of the biggest problems in the movie were resolved by spontaneously acquired skills or simply by complete chance.

Additionally, the climax’s attempted emotional catharsis failed to capture the primary familial, moral, and emotional conflict in the story, which the ending doesn’t even make the main focus. It is instead trumped by another CGI battle.

As the movie comes to a close, the characters return to a similar setting from where our journey with them began. When done well, this type of full circle ending can bring closure to the audience. However, Shang-Chi goes from CGI climax to end credits in a rushed four minutes, leaving me totally unsatisfied.

While Shang-Chi and the Legend of the Ten Rings has some of the best action and CGI sequences in the genre, its story is often shallow and predictable. I give it a disappointing 6/10.