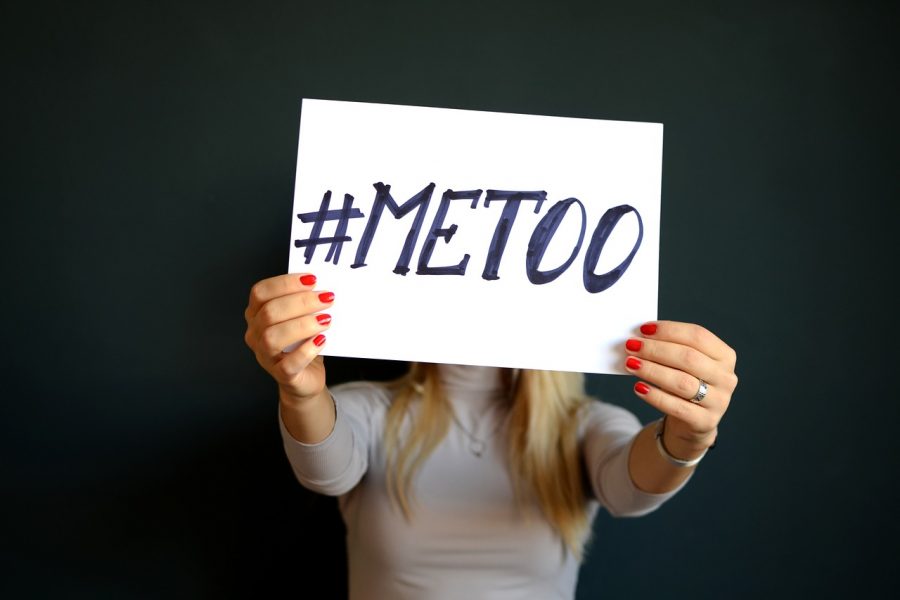 Around the world, the Me Too movement has helped empower women and encourage them to speak out about their struggles with sexual harassment.

Fear is arguably one of the hardest feelings to withstand. Having to face it everyday at school—a place where you’re supposed to feel safe—is a burden that many survivors of sexual assault have to carry with them. The kind of fear experienced here is not the type you feel when you’re afraid of heights or the dark; it’s the kind in which you feel helpless. There are a lot of emotional and physical obstacles that these victims have to face, which is why many actions have been taken to support their experiences. But is just being aware of the problem enough?

Sexual assault has always been a serious problem in young society, especially for girls. Teenage girls are far too often victims, and what’s worse is the mentality that our society has created which prompts them to feel that they are unable to speak out. The “Me Too” movement, which started in 2006, was created to fight against sexual assault and harassment for precisely this reason.

Many sexual assault survivors have since spoken out about their experiences in hope to help others heal through that same trauma. The Me Too movement reached Los Gatos High School in the summer of 2020 when a 15-year-old female student at the high school spoke out about her experience with sexual assault.

During a party, three of the student’s classmates had sexually assaulted her. She was brave enough to share this experience on social media and bring to light the gut-wrenching feeling of passing by her perpetrator in the hallways of her school. She got supportive reactions from her peers in the form of thousands of likes, many shares as well as caring messages in the comments. She wanted to be heard, and in turn, she helped many others feel like they could share their stories as well.

Because feelings of powerlessness arise in these situations, this movement is incredibly important to show awareness and to provoke change. However, stronger repercussions for sexual assault calls for much greater action.

“I think that the Me Too movement… [has not] helped the majority of women,” junior Micayla Cox said. “The change is slow and progressive, and at this point, there is no more room for slow and progressive movements. [There needs] to be a fast change so that five years [from now] there is a dramatic change in laws and social normalities… and [the movement is] just not there and isn’t gaining speed as it should.”

With a statutory issue like sexual assault, taking more legal action seems like it would be the best solution. Even though punishing the perpetrator is a strong motivator in taking such cases to court, there are still many cases unreported due to the fact that it takes a great deal of courage to speak out about assault.

And while recognizing the perpetrator in a case of sexual assault would provide the victim with some reprieve, this is not the only reason people should speak about it. Allowing the victim to feel heard while simultaneously showing other people that are in a similar situation that they aren’t alone can reduce fear of isolation, a strong contributor to mental illness.

“People don’t understand the gravity of these crimes and the mental effect it can have on a person,” junior Gavin Irribarren said.

17-year old Jane Doe* experienced sexaul assault twice. She agreed to share her story with me.

Her first experience happened when she was much younger. As an adolescent, it’s hard to comprehend something as traumatizing as assault, which makes it extremely difficult to comprehend what had just happened; so, how are you supposed to know what to do?

“When I was young, and this happened to me, I felt like I couldn’t do anything,” Doe said. “[I] just felt useless and powerless. After my most recent [experience with sexual assault], I realized this [sexual assault] isn’t okay and we need to do something about it.”

Her second experience was in high school.

“I had a boyfriend for 9 months,” Doe said. “He was one of my first boyfriends, and I didn’t really know what a boyfriend was so he kind of groomed me into this position where he wanted me to do whatever he wanted to do and always pushed me past my limits.

“One time we were at a party and I was hanging out with my friends…,” she continues. “He got furious with me and yelled at me in front of them. Then he asked if we could talk and he brought me into a different room where he made sexual advances at me. I said, ‘Get off, get off, get off, get away from me.’ He was just very abusive and manipulative and I didn’t tell anyone [what happened] for a year. Eventually, I told one of my friends and they said, ‘Oh, that’s what happened?’ because he had labeled me a w***e [at school] and [said] that I was the aggressive one.”

While a victim tries to sort out and cope with what has happened, a distorted account of the events that occurred are likely to have already been spread. The rumors and labeling can completely destroy how someone views themselves. Think about how self-deprecating that could be.

“Did that kid ever get in trouble?” Doe said. “No. Would he ever? Probably not, because there’s no proof and I was his girlfriend.”

Fear of judgment is a recurrent reason why someone, more commonly a teenager, would not want to speak up about assault or harassment. Cox had witnessed something on Monte Vista’s campus that gave insight on how judgement could hold someone back from speaking up.

“I was in the nurse’s office and this girl came in wearing a ripped skirt…,” Cox said. ”It wasn’t that revealing but to the administration it was, and they started talking about it saying, ‘Did you see what she was wearing?’ The women at the attendance office started talking about the student like she was some sexual object… and then having to tell them that you were sexually assaulted when you’ve just been ridiculed [for] your clothes. Are you kidding me?”

The famous line, “look at what she’s wearing,” is used by both girls and boys, showing that all members of our society have learned to sexualize women with ease. How is any person supposed to be comfortable with telling anyone anything when the response is likely going to be objectification?

“Almost all of my friends have had some sort of run-ins with [sexual assault], either with their boyfriends or people on the street,” Doe said. “People say, ‘It’s horrible and it’s a tragedy,’ and they treat us like a statistic, but we are not one in three women. We are people that have been harassed and yet you chose to pick on our clothes and our makeup.”

Sexual assault can make some question, “What did I do to deserve this treatment?” It is never the victim’s fault, but statements such as the one mentioned above can make them feel like it was.

Junior Lily Callaghan gives another reason for what could prevent a victim to talk about it.

“I think one of the… main things that makes [sexual assault] really hard to report is that it’s so normalized, and people don’t believe that it happened.”

This issue is becoming increasingly more common and is boosting the negative reactions of those who have never been sexually assaulted. Even while the aftereffects of an assault could take a negative toll on one’s mental health, victims are told to move on from the experience, to try to just forget about it.

“People blow it off now as [if it is] not a big issue, or it doesn’t happen, or they’re making it up, and I think that’s a very toxic way of thinking,” Irribarren said. “It’s not nothing.”

Society needs to take bigger steps forward. How we build each other up and how we tear each other down is what determines this change. The judgment, the labeling, and the assumptions can no longer be the social norm.

“This is not supposed to be a sad story,” Doe said. “[My experience] shaped me into the person that I am today and I don’t want people to look at this and say, ‘Oh, I feel horrible for her….’ If you feel horrible, do something about it. Go make a change.”

*The name of this student has been changed in order to protect their identity.