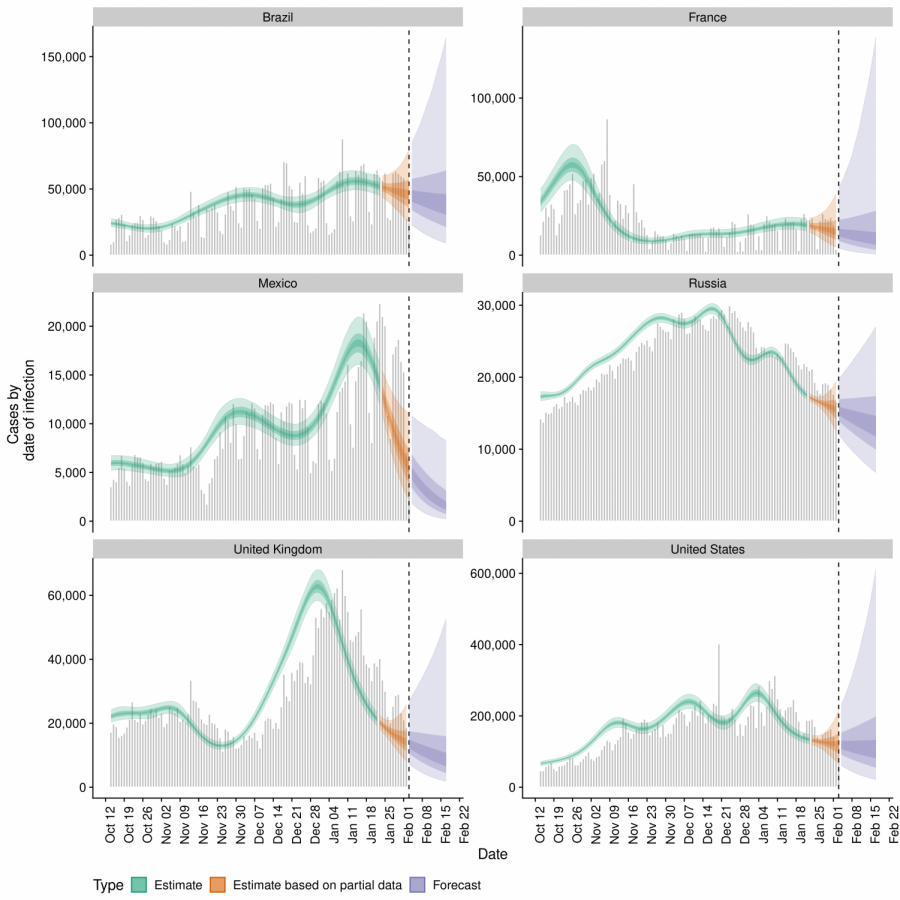 2021 began with global COVID-19 cases increasing rapidly in response to holiday travel around the world.

In response to multiple international and religious holidays, many people during December of 2020 traveled to see their families. This travel has led to the highest number of confirmed cases of COVID-19 thus far.

In addition to high case numbers due to increased contamination, several new strains of the virus have been identified in South Africa and England. The English strain of the virus has been confirmed to be in the United States as of late 2020 and was found in one adult and two children in Alabama.

These offshoots of the original COVID-19 virus are worrying for many, and several countries enforced stricter travel restrictions and protocol to prevent these strains from entering. Such protocols include requiring negative COVID-19 tests and mandatory quarantines before and after travel.

Countries around the world are dealing with the virus differently, especially after the winter holiday spike in cases.

In India, vaccines produced by Bharat Biotech and AstraZeneca have been ordered, and mass vaccination drives aim to have 300 million vaccinated by the end of August. Nepal, Sri Lanka, Bangladesh and Brazil all have requested vaccines and/or supplies from India; however, health officials in New Delhi have declared that they are focusing on distribution in their home country.

China’s COVID-19 confirmed cases and hospitalization numbers rose significantly after Lunar New Year’s. The increase in cases are suspected but not confirmed to be a result of the holiday travel, even with strict travel and quarantine restrictions. The National Health Commission in Beijing confirmed that nine cases had come from outside the country. The provisional capital of the Hebei District Shijiazhuang has begun construction on a quarantine center for the monitoring and treatment of overflow COVID-19 cases. The cities of Shijiazhuang, Xingtai and Langfang have all been placed into quarantine, with 20 million people confined to their homes.

In a recent study by Sydney’s Lowy Institute comparing government and healthcare responses to the COVID-19 pandemic, New Zealand ranked highest in management and prevention of infection. New Zealand has been in a rigorous lockdown since March, and has strict travel and testing guidelines which have kept COVID-19 cases consistently low. Other high-ranking countries were Vietnam, Taiwan, Thailand, Cyprus, Rwanda, Iceland, Australia, Latvia and Sri Lanka. The study reported that small countries were more equipped to better manage the pandemic.

“In general, countries with smaller populations, cohesive societies, and capable institutions have a comparative advantage in dealing with a global crisis such as a pandemic,” the Lowy report said.

Among the globe’s worst-ranking countries were Mexico, Brazil, and the U.S.. Mexico in particular is relevant to the U.S., as Mexico is one of the top international vacation destinations for Americans because they do not require a negative COVID-19 test in order to enter the country. Mexico’s COVID-19 death statistics are the fourth highest in the world, but it is suspected to be higher due to low testing rates.

In America, the 2021 inauguration of President Biden brings the possibility for a change in how America has dealt with COVID-19 so far. Dr. Anthony Fauci, a prominent member of the U.S. coronavirus task force and head of National Institute of Allergy and Infectious Diseases, has been working with Biden on the 46th President’s plan for dealing with the global pandemic.

“It was very clear what President Biden wanted…and that is that science was going to rule,” Fauci said. “That we were going to base whatever we do, our recommendations or guidelines…on sound scientific evidence and sound scientific data.”