Can the NBA season work? 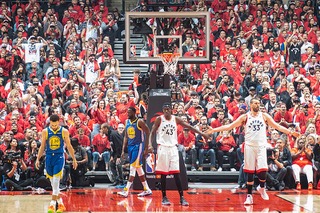 Change has been a common theme throughout our country this past year, and the NBA has not been immune.

Since the postponement of the league due to the raging COVID-19 pandemic on March 11, 2020, the National Basketball Association (NBA) has undergone tremendous change spanning league-wide. Since then, commissioner of the NBA, Adam Silver, has been heavily praised for how he has handled and adapted to the difficult situations.

On July 7, Silver invited the top 22 teams to finish the remainder of the season at Walt Disney World’s “Bubble.” The “Bubble” had three hotels, two stadiums, numerous practice arenas, and much more for players and coaches to do safely in Bay Lake, Florida near Orlando. In the end, the “Bubble” was a huge success with zero positive tests for COVID-19 over the course of nearly 100 days, allowing the Los Angeles Lakers to be crowned as the 2020 NBA champions.

“We’ve accomplished this against many obstacles,” Silver said. “And at a time also when I think people needed to see this.”

But that was last season. What about this 2020-21 NBA season? This year’s season started on Dec. 22, but not in a “Bubble,” with teams still traveling city to city on a weekly basis. An initial 150-plus-page set of safety protocols was enhanced before the start of the season, with constant tweaks and changes.

“I’m confident that the league is going to do everything in their power to do things the right way and to protect us, protect the players and the staff,” said Golden State Warriors head coach Steve Kerr. “I think we just have to go into it with an open mind, and do our best and see what happens.”

Players and coaches were required at the beginning of the season to spend two weeks at their houses when playing home games, besides, of course, traveling to the team facilities, and were prohibited from leaving the team hotel when on the road for away games.

“It’s what’s necessary, and I’m willing to do whatever it takes to get rid of this COVID thing,” said Shai Gilgeous-Alexander, Oklahoma City Thunder star guard. “If it means I have to wear a mask on the bench the whole time, it is what it is and I’m going to do it.”

The irritation of players like Hill brings to mind the controversy surrounding the “Bubble.” Even though the NBA did its job and crowned a champion, the “Bubble” challenged many athletes mentally as well as physically. Some players and coaches spent up to 96 days isolated in Orlando without seeing family and relatives until nearly the end. Sending players back to the “Bubble” could create major conflict in the league, which eradicates the possible return to Orlando.

The return of the “Bubble” has been a hot topic since the many positive COVID tests, contact tracing, and postponed games across the league. Contact tracing is a rule that a player, if near someone who has contracted the virus or if that person was near someone who had it, is required to be away from the team anywhere from one to seven days. To date, 24 games have been postponed, since numerous teams haven’t met the minimum amount of players required to play. With a vaccine on the way, these numbers could possibly diminish.

“At the appropriate time, whenever that is and whether that’s directed federally by National Institutes of Health (NIH) or the Centers for Disease Control and Prevention (CDC) or ultimately state-by-state programs, we think there’s real value in our players demonstrating to a broader community how important it is to get vaccinated,” Silver said.

The NBA isn’t the only league that has trouble dealing with containing the virus. The National Football League (NFL) and Major League Baseball (MLB) have also been troubled to start their seasons months ago. Despite many postponements, both of the leagues limited the positive tests and finished their seasons.

“Part of my job is to study what’s happening in other industries, what other leagues are doing,” Silver said.

However, the NBA purposely changed how they scheduled games this year, so the postponed games could be made up later on. Instead of releasing one full schedule at the beginning, they release one half in the beginning of the year, and the other half towards the middle of the season. The postponed games, when possible, will take place in the second half of the season, dating from March 11 through May 16.

The NBA has been faced with many problems from past years to this year. However, with their current players, coaches, and the leadership of Adam Silver, the NBA can turn this around. The league just announced that an All-Star Game will be played this year on March 7, in Atlanta. It was unsure if the game would be played this year, but the league is going through with one.

“We’re confident that we can do it,” Silver said. “And if we weren’t, we wouldn’t have started.”