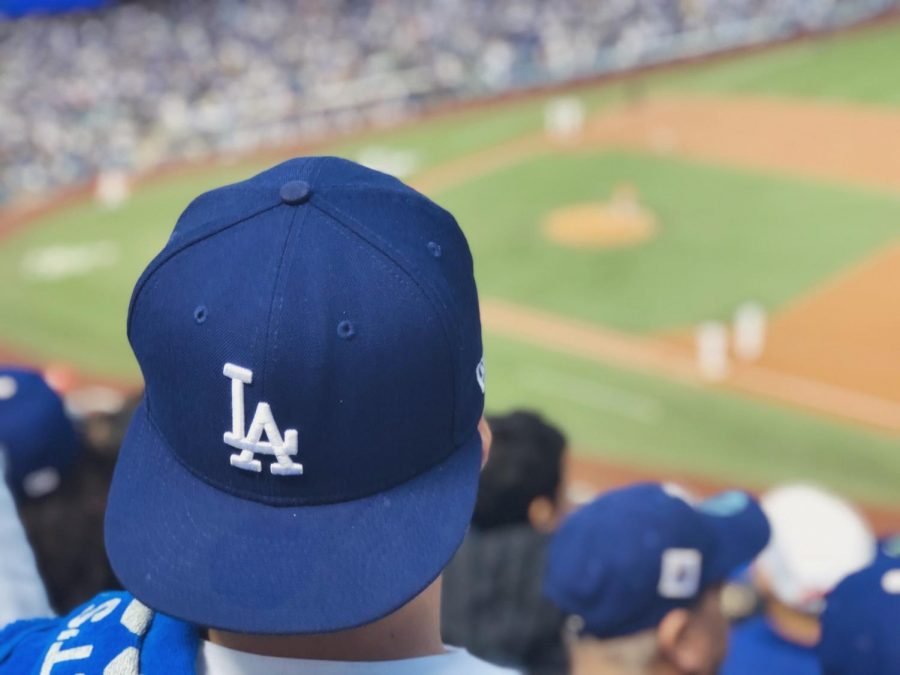 Photo by Mat Weller on Unsplash

A fan shows his support for the Los Angeles Dodgers.

From the San Francisco Giants winning the Major League Baseball (MLB) World Series in 2010, 2012, and 2014, to the Golden State Warriors (NBA) going to the National Basketball Association (NBA) Finals from 2015 to 2019 and winning in all but two of those years, to the Niners getting to the 2019 National Football League (NFL) Super Bowl, to the San Jose Sharks being a perennial playoff team in the National Hockey League (NHL), professional Bay Area sports teams dominated their respective leagues. However, the power has shifted south from the Bay Area to the city of Los Angeles.

According to Forbes, there are currently five professional sports teams from Los Angeles that are ranked alongside the top and most valuable sports franchises in the entire world. Those teams include the Rams (NFL), Dodgers (MLB),  Lakers (NBA), Clippers (NBA), and Chargers (NFL).

However, two teams, the Los Angeles Dodgers and Los Angeles Lakers, stood out from the rest of the Los Angeles teams that made the Forbes valued sports franchise list because of their outstanding performances in the 2019-2020 season. As a result of these teams’ achievements, an increase in wealth followed, confirming an era of success for the City of Angels.

The Los Angeles Lakers thrived during the 2019-2020 NBA season. According to ESPN, their 52-19 record placed them first in the Western Conference and third overall. The Lakers took home the dub in the 2020 NBA Finals in six games, beating the Miami Heat 4-2.

Because of the Lakers’ thriving sports seasons, the franchise’s wealth has gone up immensely, especially during COVID-19.

According to Los Angeles Business Journal, the Los Angeles Lakers are “no. 4 on that Forbes list with a valuation of $4.4 billion, up 19 percent from 2019.” That 19 percent increase is just a result of tickets bought for the COVID-19 delayed Lakers playoff games.

Nonetheless, the Lakers were not the only team in Los Angeles to take home a championship title. The Los Angeles Dodgers beat out the Tampa Bay Rays in the 2020 World Series, taking home the Commissioner’s trophy.

According to Forbes, the Dodgers value went from 3.3 billion to 3.4 billion, which is a 3% difference from the previous season. This is partly because both operating income and revenue went up by one million (Forbes).

Many would expect that Bay Area sport fans would not be pleased with the power shift to Los Angeles; however, Monte Vista High School senior and huge baseball fan, Dillon Christensen, is psyched about the Dodgers’ win.

“I definitely feel like the Dodgers earned their title,” Christensen said. “They won as many as 43 games and only lost 17.”

Not only did the Dodgers win the World Series, but they also had the best record in the 2020 MLB league season, as Christensen pointed out.

With COVID-19 putting a halt to in-person spectating at sports stadiums, sports fans across California are now able to watch Los Angeles sports with the same passion they did for sports in the Bay Area in the comfort of their own homes.