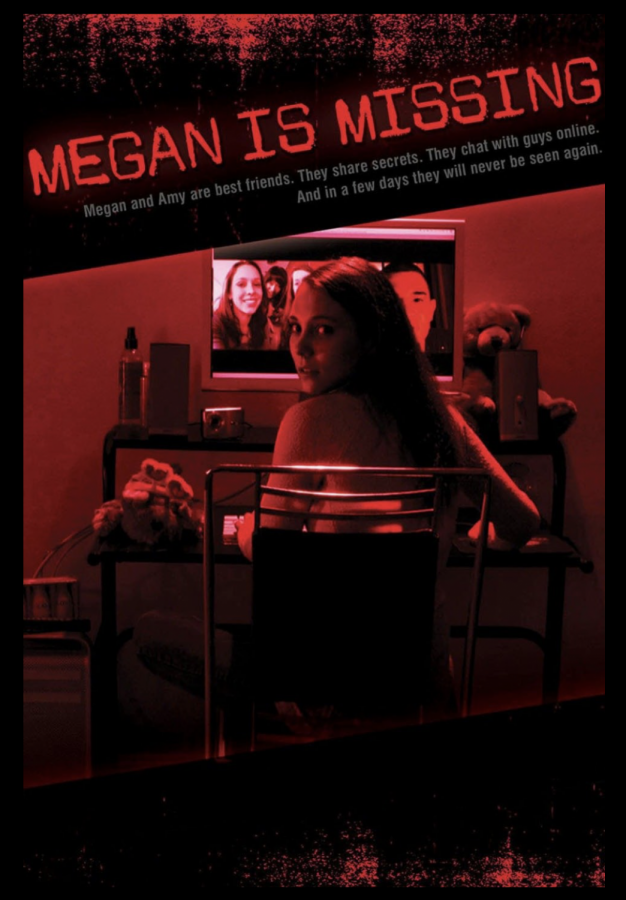 After rebounding in popularity on TikTok close to 10 years after the movie's initial release, the film has helped raise awareness on kidnapping

The fiction horror movie “Megan is Missing” has gained popularity through TikTok. Many reaction videos have been posted on the movie and have caused many controversies on Tiktok due to realistic features and graphic images.

Directed by Michael Goi, this non rated found footage ( a technique where the director provides raw footage resulting in a more authentic scene) movie is based on real cases of kidnappings of young teenage girls meeting strangers online. If you are sensitive towards this topic, I advise you to not watch the movie or watch it with a friend.

The movie focuses on two main characters: Megan Stewert and her best friend Amy Herman. The two girls often meet people online and chat with strangers, especially boys. Stewart decided to meet a boy she had been chatting with online and soon disappeared afterward. As Stewart’s best friend, Herman decided to investigate the disappearance and also met up with the boy. She then discovered the horrifying truth of where Stewart had gone but it was too late resulting in another kidnapping

“Megan is Missing” displays many graphic scenes that have made many viewers uncomfortable and even “traumatized” as mentioned in many TikTok comments and video reactions made by viewers. Two photos and footages in the movie were what caused the controversy. In the middle of the movie, two photos were shown of Herman being tortured and held captive. The black and white image showed Herman being cuffed and having her mouth being forced open.

Towards the end of the movie, there were also footages of the kidnapping added. In the footage, viewers can hear Herman screaming for help and crying but the kidnapper still proceeded to hurt her and did not let her go. The footage then ends with the kidnapper showing Herman her friend Stewert, but she was dead inside a barrel with blood on her body. This barrel scene was mentioned a lot when discussing this movie. Without including any warnings, the graphic image of Stewart inside a barrel shocked many viewers and caused many fears among the audience.

“When I first saw the footage and the barrel scene, I did not expect something so frightening,” junior Helena Sun said. “You can hear the girl screaming and it was so hard to watch. I think there should be more warning for the audience.”

Including warnings in the movie can help viewers become more conscious and prepared for scenes. Without warnings, the audience would not know what to anticipate.

Due to the visual scenes and realistic elements of the movie, it has raised more awareness on the issue of kidnapping which made more teenagers apprehend the dangers of meeting strangers online.

Before watching this movie, I did not recognize the seriousness of the matter. I knew bad things like kidnappings and torturing happens but after watching it, it felt so much more real and close to me since it could happen to anyone and even myself.

Similar to my own opinions, other students like Sun responded the same way.

“Watching the movie has made me more aware of the problem of abductions and had made me more alert and worried,” Sun said. “It left me disturbed, unsettled and I even had trouble sleeping because I kept rethinking of the scenes in the movie.”

Creating movies like this can be a useful and beneficial way to inform more people on important issues like abductions and meeting strangers online. With social media’s growing influence on young, impressionable teens, having movies like this go viral can benefit more people realize the threats that arise with this new age of social media and technology and how it can be prevented.

“In my opinion, even though this movie was very scary for me and the graphics made me very disturbed, it still taught me a lot more on this serious issue,” Sun said. “I will definitely be more careful now after watching this movie .”