How COVID-19 has affected this year’s census 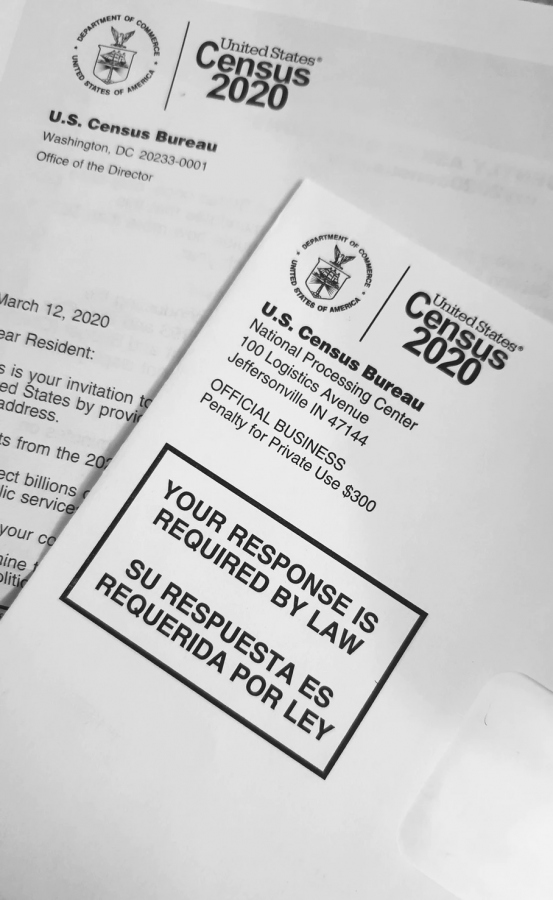 The U.S. census is completed every 10 years in order to redistribute federal funds and reapportion seats in the House of Representatives based on population. This year, the census count ended two weeks early on Oct. 15, raising concerns that minority populations would be undercounted.

With COVID-19 and its associated lockdowns affecting governmental operations, the U.S. Census Bureau was given additional time to complete its count. However, pushback from the Trump administration succeeded in shutting down census taking on Oct. 15, more than two weeks ahead of its Oct. 31 deadline.

The U.S. census, a complete count of every person that lives in the U.S., is done once every 10 years and is used to determine the distributions of federal funds and the apportionment in the House of Representatives for each state. As a result, it is important that each person is accounted for.

“We use the census most for, number one, the distribution of federal funds — and we’re talking hundreds of billions of dollars every year,” said Joshua Green, a former media specialist of the Census Bureau for the Bay Area. “There are hundreds of programs that benefit from those federal funds. It’s important to get that count as accurate as possible so that all the resources are going to the right people.”

“Secondly, we use the census data for apportionment, which is the amount of seats that each state gets in the House of Representatives, literally dealing with how much power you have in the government,” Green said.

Because of the COVID-19 outbreak in March, in-person census taking was postponed then and the census operations interrupted while it dealt with safety issues.

“Due to COVID, we had to reassess and regroup how we were going to proceed according to CDC (Centers for Disease Control) guidelines in terms of making the work environment both for our employees and for the general public safe,” said Patricia Ramos, a media specialist for the Los Angeles Regional Census Center.

She said that part of the operation that was supposed to start in May and end in July didn’t get underway again until July.

The Census Bureau adjusted its schedule to end the count Oct. 31. But then the Trump administration moved the deadline to Sept. 31, asserting that it wanted the data to submit its data to Congress by Dec. 31. According to a Wall Street Journal article, the Trump Administration was pushing for a date before Inauguration Day in case President Trump wasn’t re-elected, giving him a say in the way the population counts are shaped.

As reported by the Los Angeles Times, “civil rights groups and local governments alleged that the decision to shorten the schedule was made to accommodate a directive from Trump that tried to exclude people in the country illegally from the apportionment numbers.”

A San Jose federal judge and a U.S. appeals court last month ruled that the census could continue until Oct. 31. But on Oct. 13, the U.S. Supreme Court in an eight-to-one ruling settled the dispute in favor of the Trump administration, ending the census count on Oct. 15.

Justice Sonia Sotomayer, the lone dissenter, wrote, “Meeting the deadline at the expense of the accuracy of the census is not a cost worth paying, especially when the Government has failed to show why it could not bear the lesser cost of expending more resources to meet the deadline or continuing its prior efforts to seek an extension from Congress.”

Civil rights groups and community activists charged that the shortened deadline will mean racial and ethnic minorities who have been historically undercounted will be shortchanged.

Floyd Henry, an AP U.S. History teacher at Monte Vista, said that the census count can be political.

“In the case of gerrymandering, if you’re the Republican party and you think that minority or immigrant populations aren’t going to vote for you, you won’t want them to be counted,” he said.

(Gerrymandering is the manipulation of electoral boundaries to favor one party.)

Republican Party officials have previously said the party believes in an accurate census count. Henry also mentions that the census would not be a very effective tool used for rigging elections.