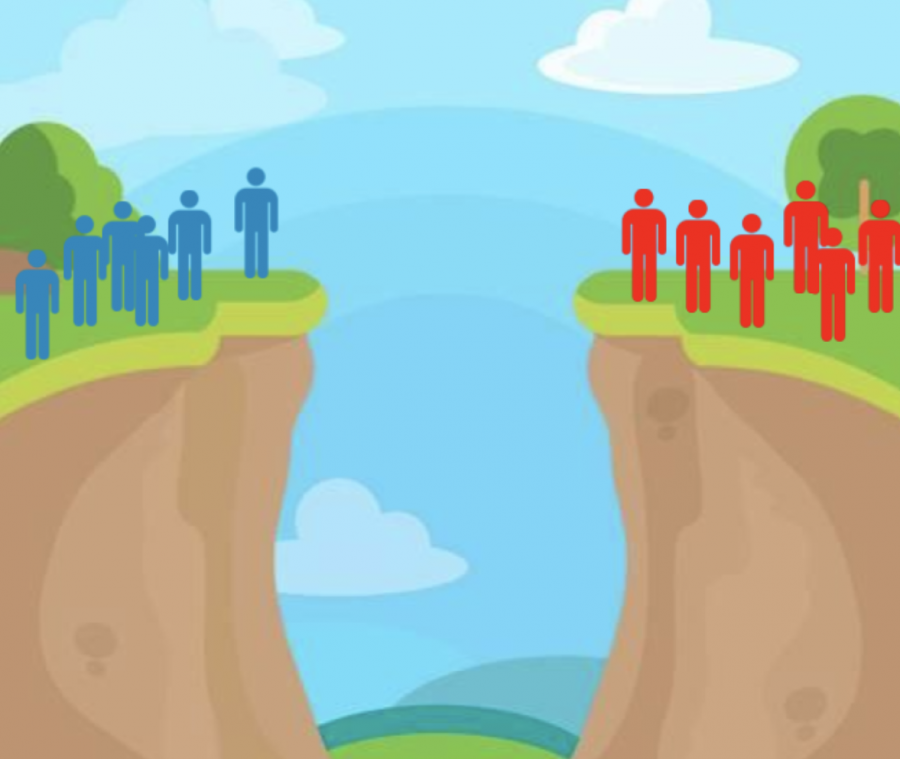 As seen with the numerous social movements over the last decade, politics has found itself deeply intertwined with social interaction and popularity. The demand for people to be politically correct has reached a point of counterproductivity- where what was intended to bring us together has evidently done the opposite.

In our personal relationships, political views have become a major contributor in how we view and judge other people. Members of the entertainment industry have been under heavy pressure during this time of social and political movements that are demanding change Particularly, social media stars, celebrities, and entertainers all rely on their reputation to fuel their career. Especially since many of them are the primary influences for younger generations, every move they make is scrutinized.

The obvious and logical decision that many influencers and celebrities have made was to support the movements such as Black Lives Matter as well as efforts to Vote Blue in order to maintain their reputation among an audience demanding political correctness.

However, in spite of the political drama currently in action preceding the presidential election, much of the support for movements has evolved into supporting a certain political party rather than movements themself. Given the tremendous amounts of influence they have over society and specifically younger generations, influencers are indirectly forced to promote a singular political ideology revolving purely around political correctness.

Tristan Crossley, a sophomore at Monte Vista, believes that the given pressure prevents people from speaking on what they truly believe in.

“The politically correct narrative is that if you are against a certain action or belief, you are labelled as a racist white supremacist,” Crossley said. “So people that would question those actions feel pressured by both the media and the public trends into agreeing over fear of repercussions.”

In a time where political and social topics have become increasingly sensitive, some celebrities have accidentally slipped some comments causing controversy among fans. Addison Rae is the second-most followed account on the app TikTok, with over 67 million followers. While she voiced support for the Black Lives Matter (BLM) movement, she was under heavy fire as fans dug through her twitter account and found that she was associated with criticizing certain aspects of BLM back in 2016. Also found in her tweets was a photo of her with a red towel in the background. One user on TikTok posted a video pointing out that the towel was merchandise supporting Donald Trump. That video has gone viral and has amassed close to one million likes. Despite there being no confirmation and heavy doubt over whether or not it was real, Rae was still criticized and given nicknames that suggested her as a racist. Her alleged status as a Republican is still controversial.

Rae was not the only victim, however. Brooke Monk, another popular influencer with over 12 million followers, recently had a comment she made in September 2019 resurface. The comment showed her support towards Donald Trump, causing tremendous controversy over her fans. Many decided to stop supporting her content, despite none of her videos containing anything remotely associated with politics. Seeing as these are the consequences of not supporting the politically correct party, media stars have no choice but to conform.

Seeing as comments made years ago still can cause someone to get cancelled, it is safe to claim that much of society does not have the patience and understanding that people can change and grow into different people. Arkin Sawhney, a sophomore at Monte Vista, believes the intentions of bringing up the past are good, but the execution has crossed the line.

“Bringing up the past is an effective tool to show the whole picture of who someone is,” Sawhney said. “But much of that has gone overboard.”

The TikTok community has vastly increased in size over the last year. Much of the community consists of a younger audience from ages ranging from eight to 30 years of age. Skepticism of certain posts promoting a political or social change is not pervasive among the app.

While tensions and toxicity among a basic app may seem minor among a community of naive kids, these same kids have an alarmingly heavy impact on the future of our nation. They will soon acquire the duty of voting, and their opinion will matter in society. A new wave of uninformed and forced voters only increases ignorance and polarization. To some extent, society forcing opinions on others who have different opinions is a form of indoctrination, as opinions that do not conform to the politically correct standard often results in the person being ‘cancelled’. When someone is cancelled, they abruptly lose their support and fan base. Crossley believes that cancelling is a way for people to hush opposing viewpoints.

“I think political correctness is used as a tool to silence people that have different opinions,” Crossley said. “They try to get them to conform to this new ideology.”

The standard of political correctness is also becoming increasingly rigid, and a single wrong move will have you ostracized. Chris Pratt, actor of Star Lord from the Avengers, was recently slammed for deciding to vote for Trump, being named ‘Hollywood’s Worst Chris’ in reference to the other actors in the Marvel movie series named Chris. And while many conservatives recognize the issue, the approach they have taken to rebuke and downplay the aggressive cancel movement has only made the situation worse causing increased polarization.

Political correctness is still a vital aspect in maintaining a humane and ethical society. America boasts their prized ethos, that being the American Dream. Freedom, particularly freedom of speech, is what differentiates America from much of the world- and even though civil liberty is a primary foundation of our country, we are starting to see careers being jeopardized due to vocalizing opinions.

In a time of crisis with the pandemic and economic struggle for millions of citizens, we should seek to promote unity in society rather than contribute to the hatred and polarization of people. George Washington warned about political parties tearing the nation apart before leaving office in 1796. Over 200 years later, the unfortunate reality exists clearer than ever before.