Inside a muggle’s mind: Draco TikTok 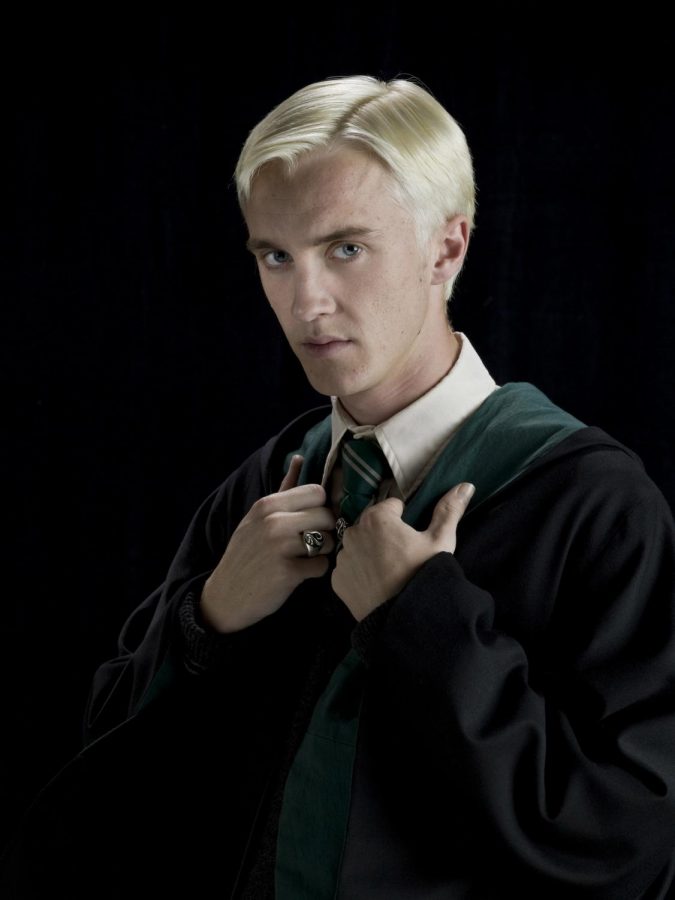 Draco Malfoy, played by actor Tom Felton, has captured the hearts of millions of girls on TikTok. With his photographers having him stare so deeply into the camera like this, there is little confusion as to why his fan base is so large.

The Harry Potter series has regained a lot of popularity lately due to an app called TikTok and a new trend involving actor Tom Felton.

This trend is referred to as Draco TikTok, which involves Draco Malfoy, the character Felton played in the Harry Potter franchise.  In the series, Draco is Harry Potter’s arch nemesis.  Felton only had 30 minutes and 10 seconds of total screen time in the eight movies, but he has managed to become the most popular character among teenagers in these recent weeks.

“Draco TikTok is basically a big fan page,” sophomore Ava DeGracia said.  “People also create their own scenarios with Draco and mash scenes together to make it seem like a real life story.”

These scenarios range from girls pretending that they are Draco’s girlfriend to others adjusting a storyline from the Harry Potter series and putting their own twist on it.  Many have also created point of view (POV) videos, which puts the viewer directly into the scene that the creator is trying to portray.  Most times, this means that the  actor has a “conversation” with the viewer,  making the viewer feel more involved.

TikToker Tatieonna Destiny is one of the many people to post a video about Draco on her TikTok page.

“I started reading Harry Potter at a really young age,” Destiny said.  “I needed an escape, and I always found myself in libraries.  I picked up the first book, and I’ve loved it ever since.”

To her surprise, Felton actually noticed one of Destiny’s videos, commented on it, and then followed her account.

“When I got the notification, I was elated and so excited I felt like crying,” Destiny said.

Draco is an antagonist throughout the whole of the series, so it is questionable why people like him so much.  Well, even though Draco was the enemy, many believe that he only acted the way he did to make his parents proud and that deep down, he was actually a good person.  This is not something that was actually written into the books, but many fans have perceived Draco’s character this way.

This also falls into the larger question of why this obsession with Draco started in 2020 when the first movie of the series came out in 2001.  DeGracia and Destiny share a similar theory for this.

“I think because of quarantine, a lot of us have taken a break from our busy everyday lives, and have been able to jump back into old things that used to bring us a lot of joy,” Destiny said.