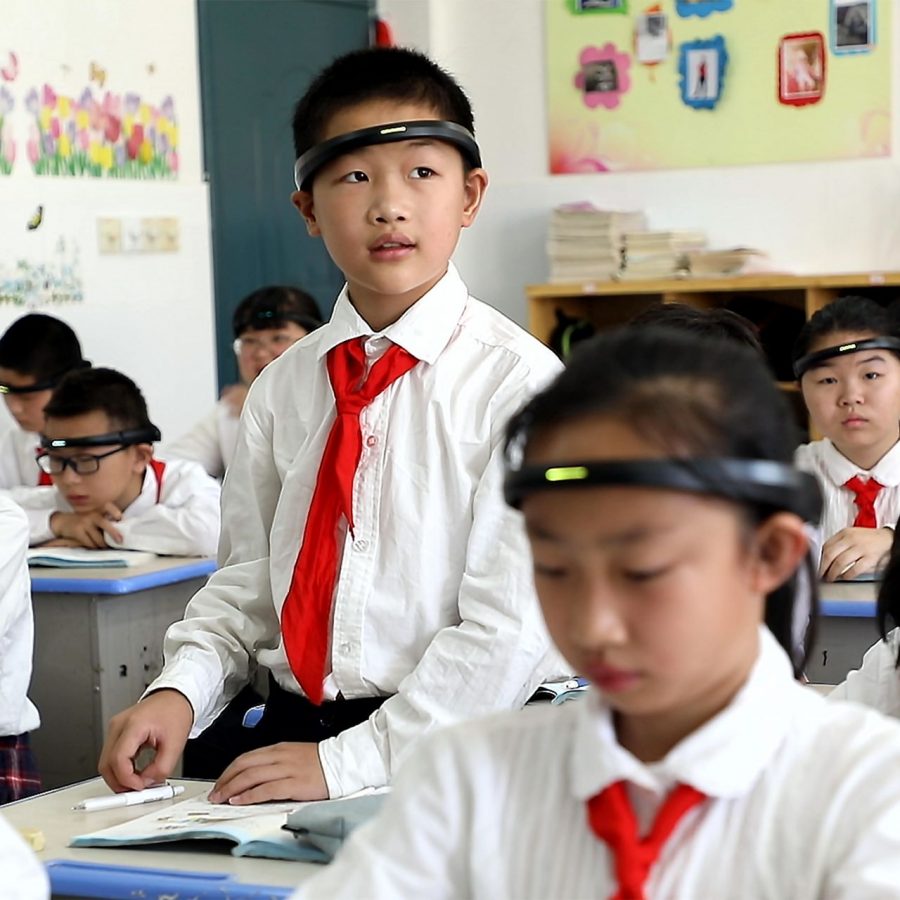 Chinese students wearing headwear that measures how well they are engaged with their teacher. China has been one of the world leaders in artificial intelligence and has pioneered how it is being used in classrooms and education as a whole.

Artificial intelligence has become one of the fastest growing industries in the world. It has found its way into the everyday lives of consumers, but how can classrooms use it?

It is improbable that schools will start putting A.I. devices like Alexa in classrooms. As of now we see A.I. finding solutions to complex problems in industries like farming and medicine. Students would most likely just turn around and ask the device what the answer is to their math question. A.I. would be integrated into classrooms subtly, in ways that would most likely help teachers more than students.

One of the first things that A.I. could be integrated into is grading and not just scantrons. A.I. has the ability to scan then grade handwritten work such as essays, tests, and homework. One such program that does this is ‘BakPax’. It allows teachers to quickly take a picture of an assignment and grades it immediately. The program then gives analytics to teachers to help them understand their students better.

It typically takes English teachers a few weeks to grade short essays from some of their classes. A.I. can grade those essays in hours and generate data reports. These reports could tell teachers how their students are taking in what they are teaching. And even if A.I. did make mistakes or errors that the teacher did not agree with, the program can learn from that to not that mistake or those like it again.

Along with grading, A.I. could also personalize learning for students. Through complex algorithms, the program learns from itself in seconds, much like a human. Education could become personalized to fit a certain student’s learning habits. This could solve one of the biggest problems teachers face. Students learn in different styles; like visual, auditory, or kinetic learners.

Jim Rossi teaches government and US history at Monte Vista. He has centered part of his class’s studies on China around their rampant use of artificial intelligence throughout the country. China has notably increased its use of A.I. heavily in education. Certain headbands are being used in Chinese classrooms to monitor student engagement levels and reports go to teachers as well as parents everyday. Data generated by the classrooms are then reported to the government.

Rossi, however, sees the new A.I. technology as a tool for teachers, not a replacement.

“One thing A.I. can’t do is socialize and that’s important in school,” Rossi said. “It may help students learn a certain trade, but not basic skills for life”

Rossi does have a point. A.I. does not yet have the capability to completely act like a human being. Although it has noticeably improved with Amazon’s Alexa and Google Home over the past few years, it is still obvious that these are machines and programs. Human interaction is something that A.I. will have a very difficult time replicating.

A.I. can be used in classrooms across the world to help students learn, but for many it should be an aid to teachers, not a substitute. According to the Artificial Intelligence Market in the US Education Sector, the use of A.I. in US education is projected to increase by nearly 50-percent in the next two-to-three years. The idea, as well as the entire industry, is a relatively new one, and the repercussions are somewhat unclear. However, what does seem to be clear is the fact that A.I. is cementing itself in our lives of consumers and businesses around the world, and possibly educators soon.