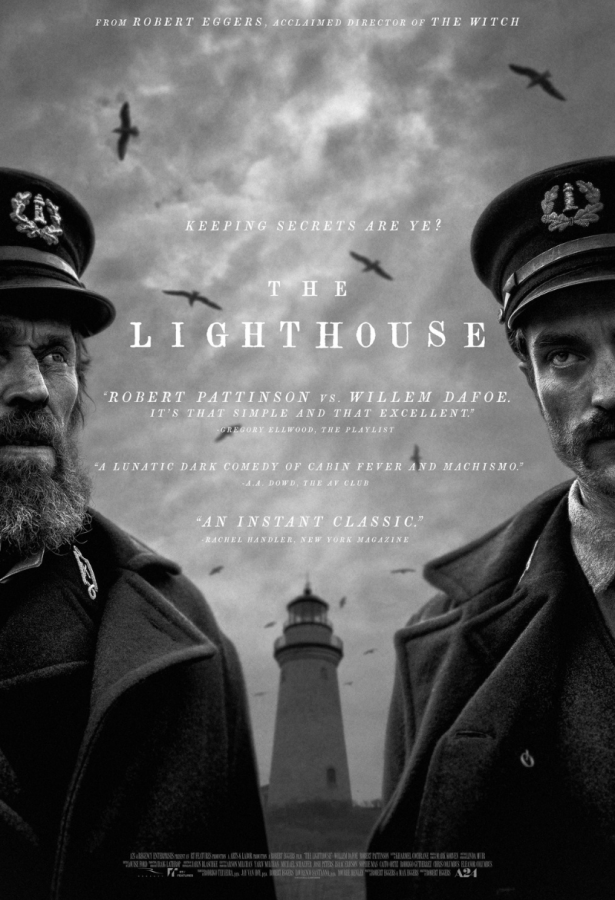 The Lighthouse from the mind of Robert Eggers starring Willem Dafoe and Robert Pattinson. These two shine throughout the film and watch out as they are early Oscar contenders.

You find yourself off the shore of New England on a secluded island as a wickie with no other man insight apart from your superior. As the days progress you begin to lose sanity and the longer and longer you are stuck there the madder you go. This is exactly the case for Ephraim Winslow (Robert Pattinson) in Robert Egger’s The Lighthouse.

To some, black and white films could be considered as a golden era for the movies. This modern-day black and white thriller film shows us the drastic impact from the past and how those works are better influencing the future.

From the acclaimed director of The Witch, Robert Eggers shows us his take on a modern-day black and white film. This film is not a fast-paced film, some might even find it to be slow, but what it lacks in speed it builds in tension.

The first time I saw this movie the power went off and we left without seeing farther than 25 minutes into it. Throughout the next week, this horror film left me wanting more, pondering upon what’s to come next.

First premiered at the Cannes film festival this film follows two lighthouse keepers who began to grow insane the longer they’re stranded on the island waiting out a once in a lifetime storm. The constant flip backs between nightmares and hallucinations to real-life makes you question whether or not it’s truly happening. And as the plot advances the suspense builds leaving you on the edge of your seat trying to predict what’s to come next.

Starring Robert Pattinson as the wickie contracted to work on the island for 4 weeks and Willem Dafoe as his obsessive superior, this movie was perfectly cast for each respective role and is backed up by an unquestionable Oscar-caliber performance by both of them.

Everything from the menacing toasts given by Willem Dafoe to the nailing biting sound produced by the lighthouse, this film puts a new meaning to the genre of horror- and proves to the world that Eggers is one of the best horror directors out there today.

This film is undeniably not only one of the best films I’ve seen to date but its staggering 92 certified fresh on Rotten Tomatoes shows its praise from critics world-wide.

Someone tell Stevan Jay Schneider, editor of the bestselling book, 1001 movies you must see before you die, to update his book to 1002. Because Eggers has undeniably earned his place in this book for The Lighthouse.