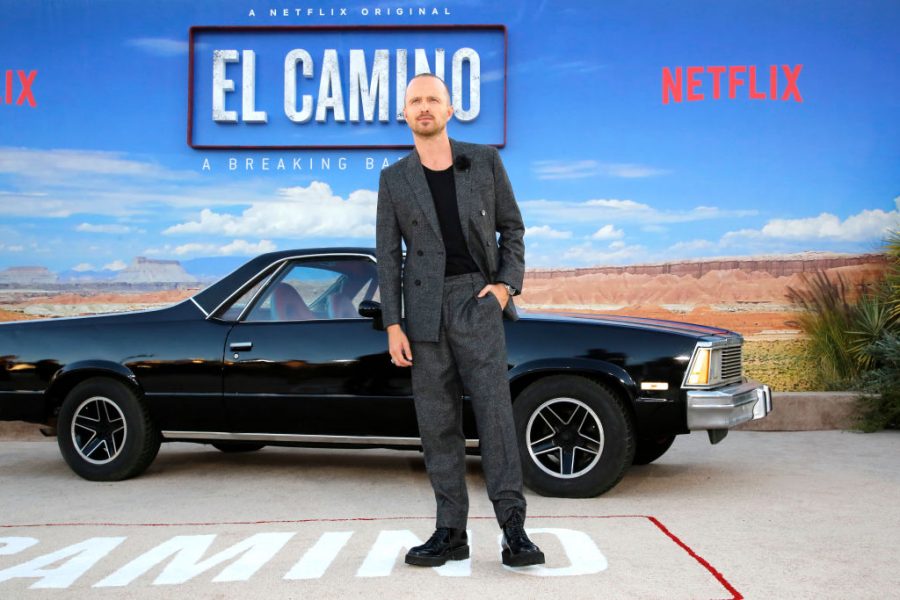 One of the most awarded and highly-regarded television series released a follow-up movie to an eager and passionate fanbase.

‘El Camino: A Breaking Bad Movie’ was released this past month on Netflix as a sequel to the television series ‘Breaking Bad’. The show followed the transformation of a cancer-stricken high school science teacher named Walter White (played by Bryan Cranston) to a methamphetamine drug lord known as “Heisenberg.” The series ran for five seasons from 2008 to 2013. During that span, the show racked up 16 Emmy’s including one for outstanding drama series. Overall the show won 110 of its 262 nominations.

‘El Camino’ begins with the ending of Breaking Bad. The movie follows the story of Jesse Pinkman (played by Aaron Paul). The movie begins with intensity as Pinkman is escaping his captors, but as the story went on it began to drag. The two-hour and two-minute film seemed like an addition to a series that truly wasn’t needed, but was appreciated.

“It didn’t ruin anything, but it didn’t add anything,” senior Austin Pentagraft said. “It just felt like a long episode.”

Pentargraft had a point. The movie did feel like a long episode and quite possibly could have been just an episode that Breaking Bad creator Vince Gilligan decided not to air. However, in an interview by Jimmy Kimmel, Paul made it clear that Gilligan wrote the entire script of the movie this year.

Although the biggest concerns about El Camino were around if the movie would ruin the series finale of Breaking Bad. Many revere the series finale, “Felina,” as a fitting ending to the show. However, ‘El Camino’ doesn’t ruin the series. In fact, in an interview with Jimmy Kimmel, Paul assured Kimmel, “If you trusted Vince (Gilligan) through the entire series (Breaking Bad), you should absolutely trust him.”

Gilligan, however, decided to keep Breaking Bad’s protagonist, Walter White, out of the focus of the film along with the rest of his family and Saul Goodman (played by Bob Odenkirk). Having Pinkman be the main focus of the film allowed Paul to show off his skills in a career-best performance. Although, some of the most iconic supporting characters like Skinny Pete (played by Charles Baker), Badger (played by Matt Jones), and Todd (Jesse Plemons) got the chance to show their skills as well.

The nostalgia of seeing Paul dawn the ragged look of Jesse Pinkman does not seem to fade, however. The movie isn’t crucial for any Breaking Bad fan to see to understand the series, but it does bring back a sense of satisfaction to see iconic characters back in their roles.

A follow-up film or episode has been rumored since the Breaking Bad ended. It was only announced in August of 2019 that a movie would be released on Oct. 11, 2019. The project was kept under wraps during all of the filming and production. In an interview with Seth Myers, Plemons stated that lying about the film became second nature. Paul would tell onlookers that he was doing a “small passion project.”

Netflix released the El Camino trailer on Sept. 24 and it gave fans a sneak-peak at the film, although it did not reveal too much about the overall plot of the movie. The hype behind the film grew as the release date got closer and it showed.