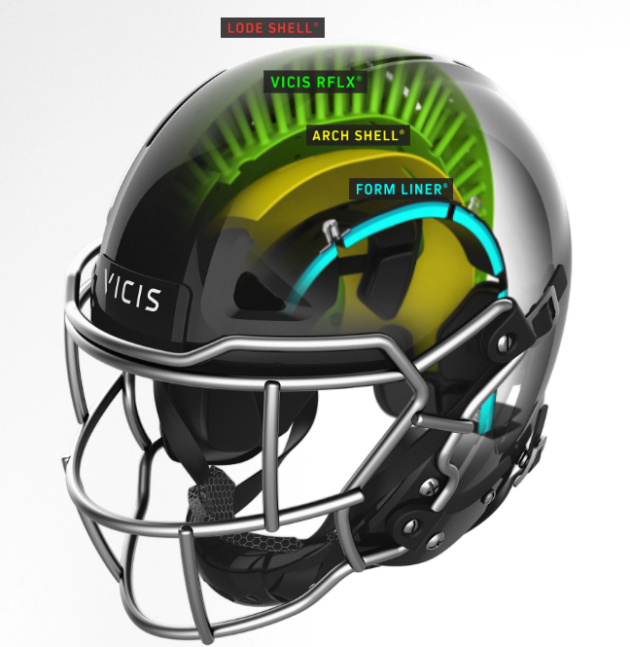 Football has made major progress to improve safety, but issues continue to plague America’s favorite sport.

A concussion is a brain injury caused by a blow to the head or a violent shaking of the head and body. Concussions can occur anywhere, but studies have shown that they occur mostly on the football field. According to the Brain Injury Research Institute, high school football accounts for more than 60 percent of high school sports concussions reported.

Even though these numbers are high and getting worse, the National Football League has new rules to prevent helmet on helmet hits. The League has pushed coaches to teach players where and how to tackle in order to not initiate helmet to helmet contact. Head-to-head or helmet-to- helmet contact with another player that will result in a 15 yard penalty, a possible fine and a possible ejection. The NFL has also created new helmets that are safer and lessen the impact of head-to-head contact.

As a result, concussions in the NFL has decreased from 281 concussions in 2017 (the leagues highest ever) to 214 in 2018. However, the new rules have not really been enforced in the high school level.

“Every day at practice our coaches keep on telling us where to tackle, so we can get our head out of the way” Bergen said.

“The new rules haven’t really carried over to the high school level,” Catlagirone said. “Players in the NFL are at higher risk than high school players would be and that might be why those rules haven’t been brought down as quickly.”

High school football players don’t have access to the same helmet options as NFL players do, unless they want to spend $500 to $1,000 dollars on a quality helmet.

“High school helmets that the school provide are different from what NFL players use,” Caltagirone said. “Our helmets are outdated and very old. However,since we live in such a nice area most of the kids on my team have the new advanced helmets.”

However, not everyone lives in our type of community and therefore, might not be able to afford the expensive and safer helmets. Schools need to check when they bought their provided helmets or their students could be the ones that are really paying for it.

As stated by the Brain Injury Research Institute, high school football players have shown the and the highest concussion rate (6.4 concussions per 10,000 athletic exposures) for high school sports. Nevertheless, Carter Bergen stays optimistic that the game of football is becoming safer than it has been in the past.

“They are on the right path,” Bergen said. “I expect those numbers to go down even more this football season.”