LAX taken to another level 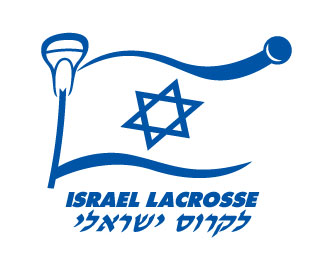 Most people would think of either soccer and basketball when it comes to Israel. However, one Monte Vista student didn’t go there to play either, but instead lacrosse.
It began in fifth grade, when junior Tori Morris’s dad asked her if she wanted to go out for ice cream. Of course, she agreed, but her dad didn’t take her to the ice cream parlor. Instead, he took her to lacrosse tryouts, and Morris has been playing ever since.
During winter break, Morris had the opportunity to participate in a winter service trip through Israel Lacrosse, a lacrosse program for Jewish boys and girls who play lacrosse in high school. The 2018 trip marked Israel Lacrosse’s sixth annual winter service trip.
“We spent nine days in Israel and a day in Serbia,” Morris said. “The main purpose of the trip was to teach kids about lacrosse, but we also played in Israel.”
Morris embarked on the trip with 17 other girls, most of them from the East Coast. During the trip, Morris met many new people, including teammate Liam Mckay.
“I first met Tori in the airport in Serbia,” Mckay said. “We started talking and I knew that this was someone I’d get along with. We actually ended up hanging out together the entire trip.”
In addition to meeting new people, Morris explored the culture of lacrosse was like in Israel.
“The rules in Israel were different,” Morris said. “There were less players on the field, and it seemed more like street lacrosse rather than being super organized.”
There were three girls teams and seven boys teams in the program. While she played against several teams throughout the trip, the game in Serbia was the main event of this trip. Morris and her team were able to compete against the Serbian team, beating them 20-4.
Because the intention of the service trip was to reach out to the children of Israel and teach them about the sport, all the teens donated lacrosse equipment to the children and taught them how to catch and throw lacrosse balls.
“It was really fun and exciting teaching kids how to play,” Morris said. “We would follow each other on Instagram and sign autographs.”
Morris and her teammates also experienced the culture and spirit of Israel.
“It was really cool seeing how different it was from American culture,” Morris said. “People there seemed a lot more relaxed and the food was a lot better.”
Mckay also enjoyed the Israeli culture.
“It was cool seeing life and the world from a different perspective and learning more about their culture.” Mckay said.
To top it off, after scrimmaging against the Israeli national team, Morris was in for a special treat on the field.
“I was there for my birthday and they all sang me happy birthday,” Morris said. “A bunch of random Israeli boys grabbed me and threw me up in the air.”
Morris’s 2018 concluded on a successful note.