Buses are becoming a specialty… 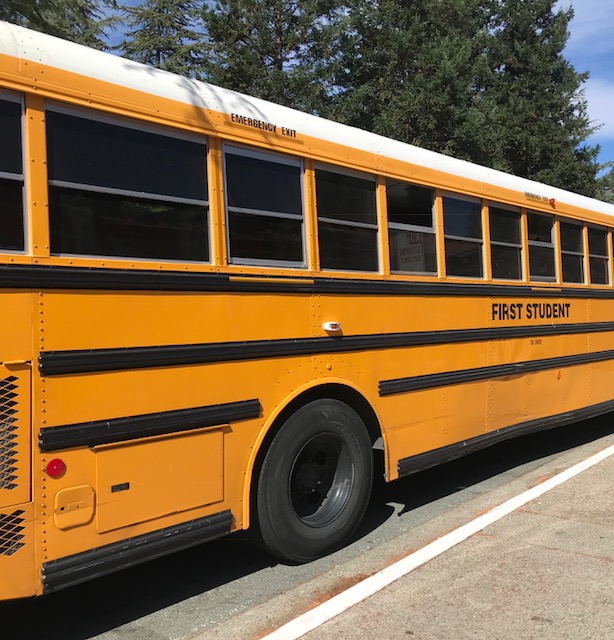 At Monte Vista, there is a variety of sports, but only some are given the privilege of buses. While carpooling is very common, it tends to complicate things for teams with lots of equipment.

Brianni Giolzetti, is the captain of the 2017 JV softball team. She was one of the kids who had to figure out carpools. “It was very confusing because we had to figure out how many cars there were,” Giolzetti said. “We were all crammed.”

“I think it would be easier if we had a bus,” Giolzetti said. “There would be more room to put our stuff and we wouldn’t have to coordinate drivers.”

With a team of fifteen girls, drivers are very scarce. “We would have to beg and plead for more drivers if there weren’t any more available,” Giolzetti said. “It would get very hectic.”

With the stress of the upcoming game, coordinating carpools is just another thing these athletes have to deal with.

Andy Popper, has been the sports administrator for four years. He oversees twenty-four sports at Monte Vista. Popper says that all sports are given the opportunity to have buses. “Each sport pays for the transportation on their own,” Popper said. “Some of them opt to carpool to save money.”

Sports such as track and field, football and swim have more students per team, so buses are made a priority for safety.

“It would be difficult to arrange carpool for the number of kids that are there,” Popper said. Those sports have around 30 to 50 players, as opposed to basketball which has about fifteen students per team.

Ben Haskell, sophomore, was on the 2017 freshman football team. He had the first hand experience of a bus. “Everyone gets hyped and ready for the game,” Haskell said.

Being with teammates is beneficial to the coaches as well, discussing plays before the game saves time for warm-ups.

Each football player also  has their own equipment. “Girdles, pads, pants, and jerseys that you pick up from the shed go on the bus,” Haskell said.

Having so many kids means that in order to get the team to and from one game, they would need ten parents available to drive. “Parents having to carpool kids, sometimes they can’t do it,” Haskell said. “But when you rent a bus, the whole team gets to be together.”

“I believe we did sold Krispy Kreme donuts to raise funds for our bus,” Haskell said. “But the school also paid for a portion of it.”

Sports such as football and track and field, tend to have more out-of-area games and meets. Depending on where the game is located, the buses are either chartered or they are district buses. District buses won’t go out-of-district to take a team to their game, chartering the buses is more expensive.

“I think having a bus is a lot easier,” Haskell said. “You get to be with your teammates.”