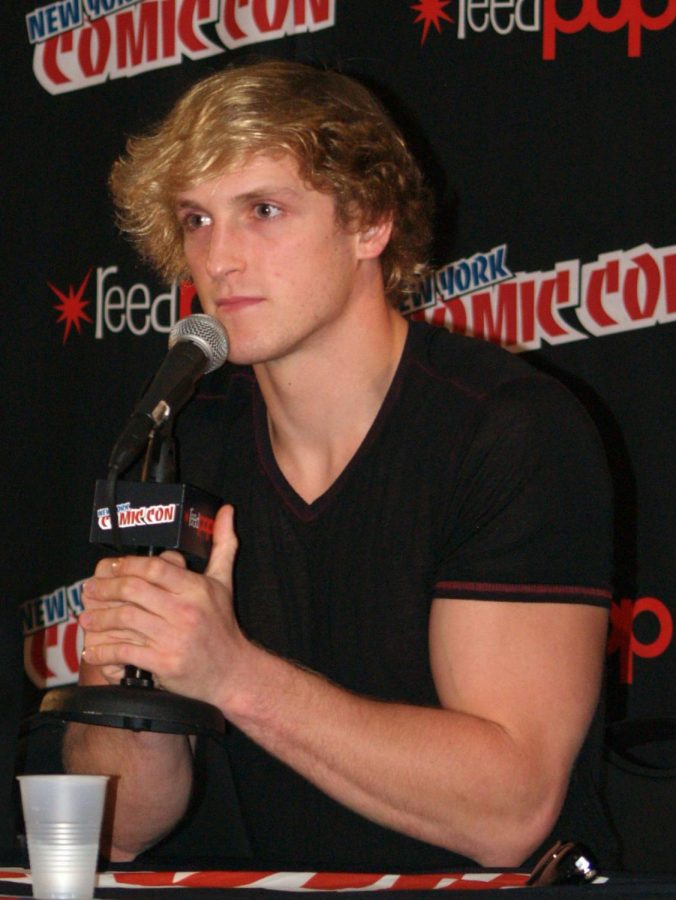 On Aug. 25, controversial YouTuber Logan Paul was in the boxing ring with another popular YouTuber, KSI.

“If any YouTuber wants it, you can come get it,” KSI said. “Jake Paul, Logan Paul, any of the Pauls—I don’t care. Bring it.”

Originally, the Paul brothers declined due to the recent backlash they had faced. This was a few weeks after Paul’s Aokigahara forest, or suicide forest scandal on YouTube, where he showed graphic footage of a dead body—which was also in the thumbnail of the video. The video had massed over six million views.

“The amount of footage they show of this dead man is ridiculous,” YouTuber Philip DeFranco said. “It’s disgusting. It is not defensible.”

While Paul was in Japan, his vlogs also showed him being disrespectful to its native people. A few days later, Paul took down the video. Following this, YouTube temporarily suspended his account. This event had caused many creators to lose money after new policies were introduced due to the scandal, earning him a bad reputation in the YouTube community. A couple of days after the original suicide forest video was released, Paul announced he was taking a break from YouTube.

“I should have never posted the video. I should have put the cameras down… but I didn’t,”  Paul said. “And for that, from the bottom of my heart, I am truly sorry.”

Paul returned to YouTube on Feb. 4 a day after KSI had called for one of the brothers to fight him in the ring for a series of videos advocating for suicide prevention and awareness. However, Paul immediately brought negative attention to himself again after posting a video of him and his friends tazing a dead rat, which some people thought was disrespectful and cruel.

Despite this, Paul remained on YouTube, and on Mar. 18 Paul announced that him and KSI would be fighting on Aug. 25.

Over the months before the fight, Paul and KSI kept perpetrating drama at each other to hype up the fight. Two weeks before the set date for the fight, both YouTubers released diss tracks on each other to bring even more attention to the fight.The fight would be streamed live on both channels, and viewers had to pay to watch it.

The fight took place in Manchester Arena, Manchester, in England and begun at 8:30 PST. The stream was a total of six hours, and in the end, it ended in a draw. Many fans on both sides were upset about this, claiming that KSI or Paul deserved the win. Some were even claiming the fight was completely fake, which is a possibility, but most believe that the fight was real.

However, the fight isn’t over. This was a two-part boxing match— with the next part taking place in the U.S. and is scheduled for February 2019, however KSI wants to postpone the second part until May 2019.