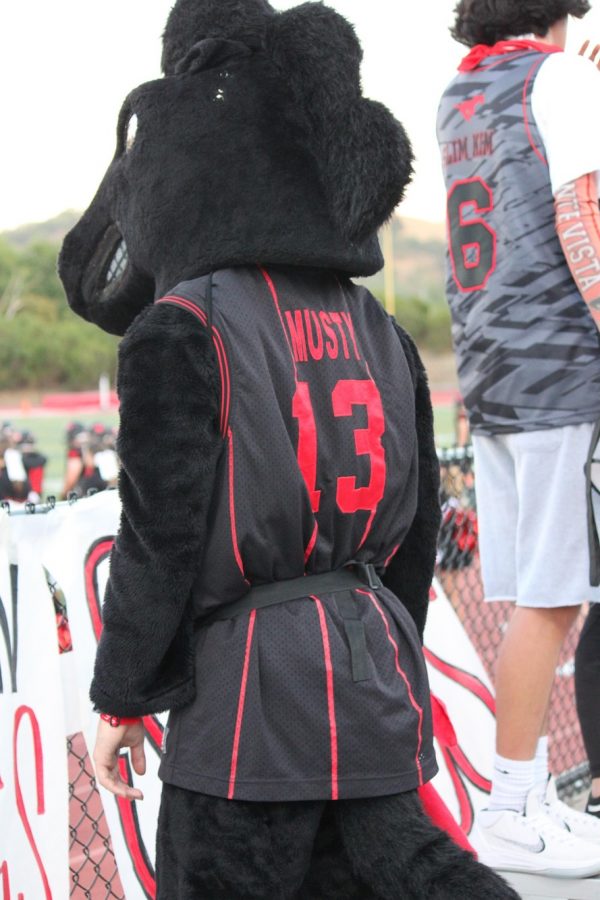 After he galloped away for several years, Monte Vista’s mascot, Musty, makes his way back to rallies, football games, and dances with energy and excitement.

Dating back to the opening years of Monte Vista, Musty made his first appearance. He remained a vital part of the school environment, but a few years ago, he became inactive.

“Musty hasn’t been around for the past years because no one stepped up to be him,” senior Veronica San Antonio said. “His costume sat in the back of the leadership room for a while.”

San Antonio and senior Marissa Martin are members of the Student Recognition Committee in leadership with the role of uniting students and acknowledging their achievements and needs. This year, the committee decided that more enthusiasm was necessary at school events.

“We wanted to bring more spirit on campus,” Martin said. “Musty serves as a hype man for all occasions and brings that spirit.”

Aside from Musty’s job to excite the campus, someone must act in his position. ASB Vice President Mason Clark developed a selection process, so Musty can act in his best character.

“We started by having tryouts and picking about four people who could trade off to be him,” he said. “Now, we have leadership kids who do it, and it’s usually someone different.”

.    Students chosen are able to perform at rival games or rallies. One of them, senior Drew Fryer, has endured an entire football game and is eager to continue entertaining the crowd.

“It’s a very enthusiastic feeling when I’m all dressed up with my avid personality,” Fryer said. “People chanting ‘Musty’ is very exciting.”

His goal is for incoming students to aspire and embody the energy that Musty brings.

“I hope Musty can bring back the school spirit we used to have and start getting people excited to become the next Musty for years to come,” Fryer said.