Should one “Just Do It”? 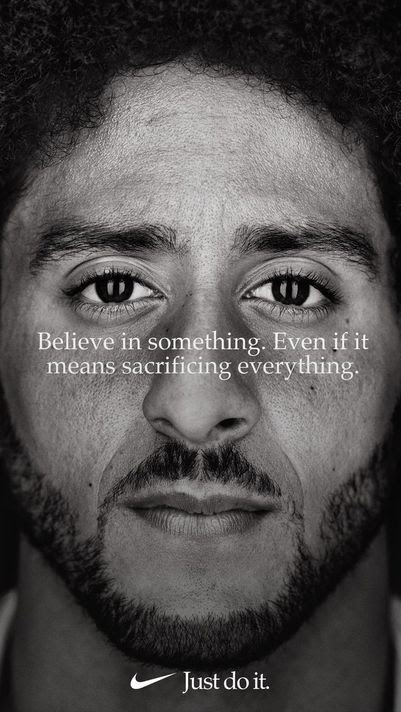 “Don’t ask if your dreams are crazy, ask if you’re crazy enough.” These words are the message of a highly controversial commercial released by Nike on Sep. 5, 2018. The commercial stars Colin Kaepernick, a quarterback for the NFL who used to play for the San Francisco 49ers. Nike’s famous tagline of “Just Do It” is modified for this commercial to say “[that] something is only crazy until you do it”.

Throughout the commercial, many success stories are referenced. A young tennis player from Compton, California who later grows up to be the best in the world–Serena Williams. A basketball player who decides to do more than to just be the best and privately fund a high school–LeBron James.

Also included throughout, are stories of personal accomplishment. There’s a heart-wrenching kid who had his legs amputated and decided to become a wrestler. There’s a man who lost 120 pounds and ran IronMans after fighting a brain tumor. There’s a high school girl who accomplishes being both homecoming queen and a linebacker. So many of these sentimental stories are peppered throughout this commercial–how could anyone not feel their heart melting?

Apparently a lot of people. Many are getting upset with Kaepernick who infamously took a knee during his football games. The uproar was rampant, people claiming that Kaepernick did not respect or value the American flag.

Kaepernick claims that he did not salute for the intention of him wanted to have the minorities respected and recognized and was standing against police violence against minorities.

His claim leads to a vicious cycle because protests are taking to demonstrations which sometimes result in violence. This further results in others arguing that if people want to be heard, they should take to peaceful protests, not violence.

This is an ironic argument because Kaepernick’s kneeling was his way of peacefully protesting the unfavorable treatment of the minorities. Yet even with all of the controversy swirling around, Nike’s stock value has increased by around 6.68% since the release.

The idea that it does not matter where you are from, what life throws at you, what others think of you, if you have the will, you are capable of greatness, is empowering. No one should ever settle for mediocracy or the ordinary. One can push through and get it done.

Everyone has the right to be heard–a right and liberty that is the foundation for the United States Bill of Rights. If Kaepernick does not kneel because that is his way that he feels heard about the treatment of minorities then it is his right.

Even so, one can see why Kaepernick’s choice to not kneel could offend people. Patriotism is a founding principle and ideology for a strong country, and respecting the anthem, possibly through saluting the anthem is important.

In an attempt to counter this belief, as previously stated, freedom of speech and expression is something widely valued in America. Therefore, people should be able to choose what and how they speak, even if silently.

Another rationale for the population’s disdain for the commercial lie within the viewpoint of realists. This group of thinkers does not care so much about Kaepernick being the featured actor but rather Nike’s message of always going without reservation or regard for what is within reality.

The idea that anyone can be anything is not one that they resonate with. Dreams and aspirations should be held in regard to what is actually feasible. They do not agree with going all out blindly–after all, not everyone is going to be a household name.

However, people are forgetting to take into account the fact that in order for people to achieve their full potential they must aim high.