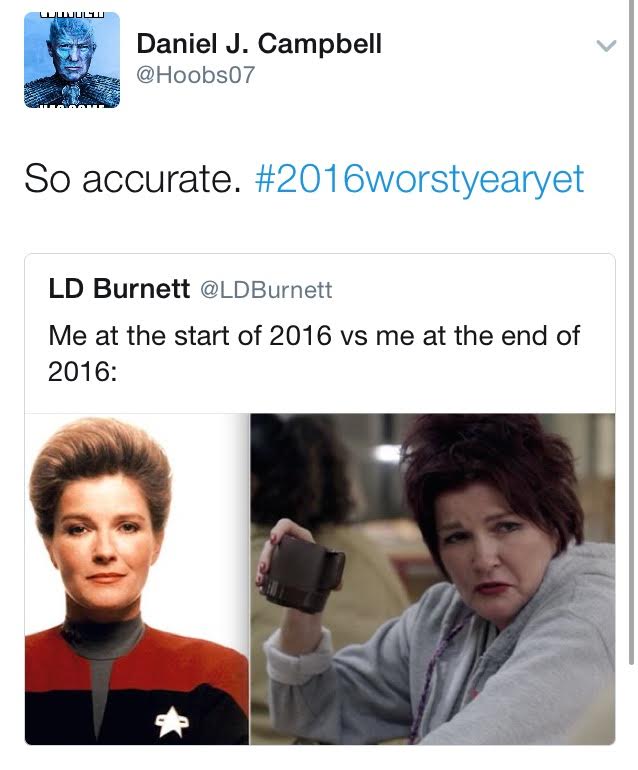 You’ve heard these phrases time and time again…”Let’s leave that in 2016,” “Was it the worst year ever, or what?”

Social media has decried 2016 as the worst year, yet on what standards does this presumption prevail? Is it simply human psychology which continues to believe that each year is continually worsening? Or has it been characterized by its terror attacks, police shootings, and racial and political division?

“The Worst Year Yet” is a heavy phrase in itself, suggesting that it exceeds the horridity of the Black Death, one of the most devastating pandemics in human history. It also trivializes one of the darkest periods of mankind in the 1800s, in which racism and capitalist recklessness plagued our nation. So why do people continue to label 2016 as such an abominable year?

Death, disease, disasters, and violence were greatly prevalent in 2016–some accounted this particular year to be higher in these statistics than others–yet it does not constitute its title. The calendar itself is a creation of mankind as a system of organization, not meant to be characterized by the events that occurred within 365 days.

If the calendar itself simply stems from the human necessity to create order, it therefore isn’t defined as an object that exists in our physical reality. It is a concoction of the human brain, and therefore the events that occur within this time frame aren’t defined by the time frame itself, being 2016, in any way whatsoever. These events and their courses of action are in no way changed by the so-called “year” in which they take place. If the year of 2016 had an effect on police brutality itself, then we could attempt to justify the title of “the worst year yet”.

Our inability to physically perceive the concept of ‘time’ also leaves us with the popular discussion of whether time is even real. Similar to calendars, time does not control the courses of actions. It is a constant, which doesn’t react with the physical world. Time doesn’t cause death, it’s the biological processes that occur within our bodies that do. We are also unable to physically perceive time, as we can with other factors such as light and gravity.

Time itself is defined as the indefinite continued progress of existence and events in the past, present, and future regarded as a whole. As humans, we regard time as a linear progression fueled by cause and effect. But, it could be perceived that the time frame in which these events take place is the constant itself. If time were to continue, even if our lives ended, we could conclude that our individual realm of time has come to a close. It does not constitute the end of time itself, but the time that we are given and in which we progress.

As Richard Feynman, a renowned physicist, suggested “time runs independently of everything else.” Yet, our perception of time is radically different from such a description, so much so it occurs in  common sayings like “I ran out of time” and “There’s no more time left.” But if time is an infinite entity, can we really run out of it? Can we expend something of endless supply? If the definition holds validity, then the answer is no. We can’t “run out of time.” However, perhaps the inverse is true. While we don’t run out of time, time may run out of us.