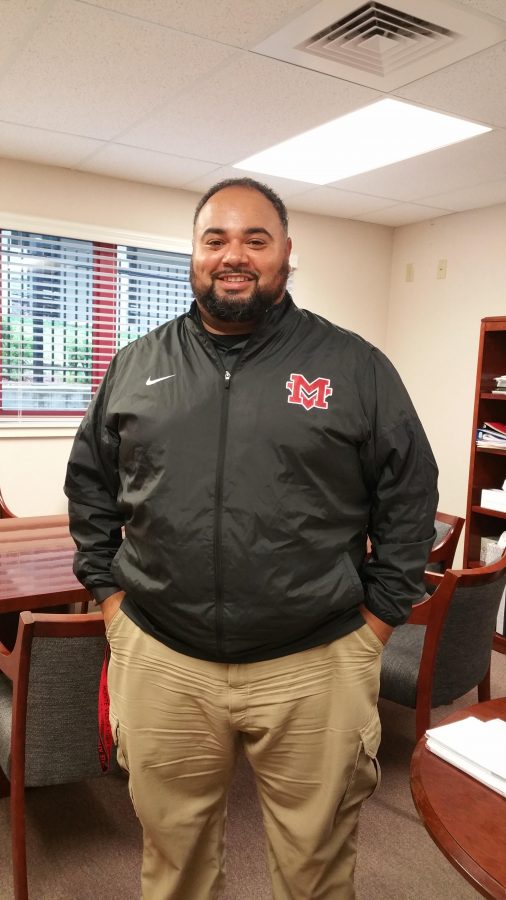 Mr. Kenny Kahn grew up humbly in Richmond, California, living with his mother, who is a retired special educator and speech therapist. Ever since he attended El Cerrito High School, located in El Cerrito, California, Kahn knew what he wanted his career to be.

“I wanted to be an English Teacher and Football Coach when I was in high school,” Kahn said, “and the community of educators and coaches fostered my growth during my formative years.”

“I learned early on of the obligation one has to give back to the programs and people that support you along the way,” Kahn said,.  “I was fortunate to do that at my alma mater.”

For the past eight years, Kahn has been a football coach at El Cerrito High School, and for the past three was a Teacher on Special Assignment as the School Climate Coordinator and Restorative Justice Coordinator.

During his time at El Cerrito, Kahn worked with his then Principal Dr. Jason Reimann, SRVUSD Director of Instructions for Secondary Schools, and during their time working together Reimann recommended that Kahn pursue Administrative credentials at Berkeley, and helped him through his career at El Cerrito.

“[Dr. Reimann] is a great example of why it is important to maintain strong relationships with your employer’s,” Kahn said, “as you never know when opportunities will arrive that benefit you among many.”

Now that he is at Monte Vista, Kahn looks forward to this year with all of the Monte Vista students and staff.

“Our faculty and staff have a love of learning that we are excited to share and engage you with,” Kahn said.  “I am proud to be your new [Assistant Principal].”