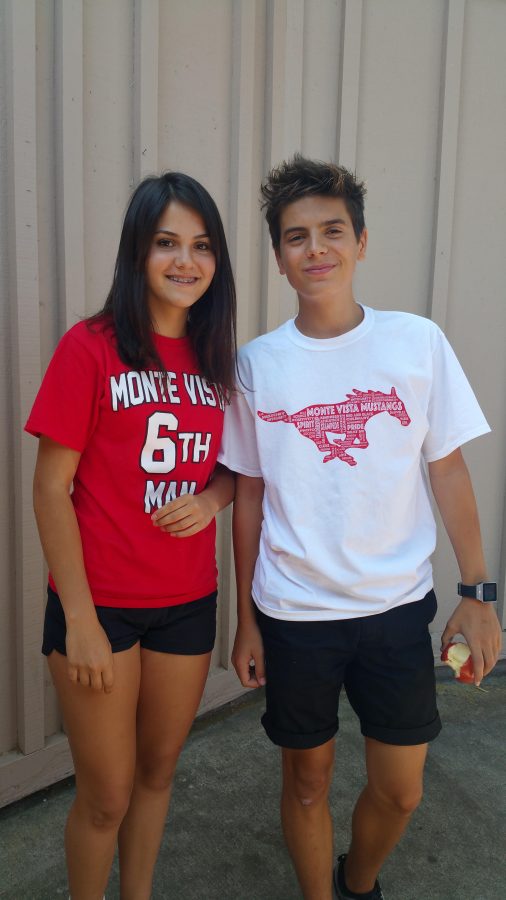 A melting pot of many different cultures, Monte Vista has opened its arms wide for students of all backgrounds.

The Giaramita family that housed his sister offered Ciurana the same opportunity and help in finding a host family.  Eventually, Ciurana packed his bags and flew across the world, arriving in Danville on August 6th. He stayed with that family temporarily until they found him a place with the Jofres. He is now a part of the Jofre family for the rest of the year.

“I am so excited to be hosting him because I finally have an older brother I can hang out and spend time with,” she said.

She has been spending time with Ciurana everyday, both in and out of school.

“I feel very accepted with them as my second family,” he said.

Being a foreign exchange student is a very thrilling experience. America is a very different country than Spain. To Ciurana, the biggest difference is how the cities are organized. Danville is much more spread out than his city of Gerona.

“I like America very much. I think it’s very developed and mature,” he said.

Coming to America by himself also offered Ciurana different perspectives and opportunities. He must be independent and be able to take care of himself. He is also surrounded by people that are completely different from his home in Spain, which broadens his horizons as well.

“I meet new people, get more knowledge, and learn to be more mature and self-sufficient,” he said.