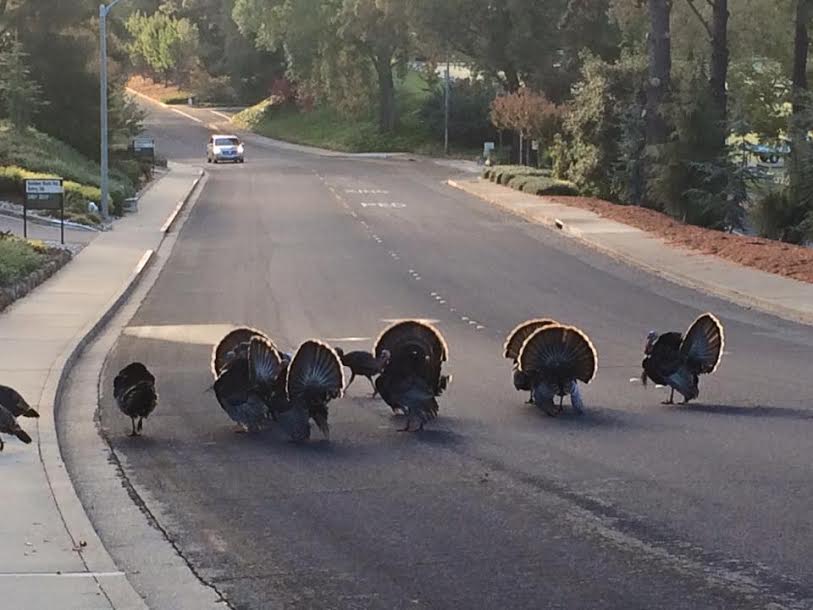 Have you noticed the turkeys that have been running free throughout Danville neighborhoods this year? If so, then you’re not alone.

Now imagine, without warning, someone or something destroying your home. Absolutely obliterating it until it’s not there anymore. The people who took your home aren’t done yet, no. They’re only getting warmed up.

They decide to build a new lot of homes where your beloved home used to stand. Understandably, you would be pretty upset, right? You no longer have a home, and you didn’t have any warning that you would be homeless.

The above is exactly what happened to the Danville turkeys.

The homes that displaced the turkeys, better known as the Tyler Court Project, was approved to be built on July 23rd, 2013, according to Crystal DeCastro, head of the Danville Planning Division. This project is still being completed as there is one more house under construction.

These big, beautiful, modern houses are being sold for nearly two million dollars each, so it’s no wonder why the turkey’s old home was destroyed.

Did the Town of Danville know that they would be taking away the home of the turkeys? Or did they just not care?

“We were not aware that they [the turkeys] were specifically in that particular area just because we know that there is wild turkey everywhere,” DeCastro said.

DeCastro was right when she said that there is wild turkey everywhere. In fact, not all of the Danville turkeys lived in that one area before the construction of the houses began, but a large number of the turkeys did reside in that specific lot.

Grace Damaschino, a sophomore here at Monte Vista, recollects her memories of these turkeys.

“When I was little, I used to drive by and we would always see that old house and the old bench,” Damaschino said. “But literally every single time we drove by or walked by there were turkeys and I loved the turkeys and when I found out that the houses were being built there, the immediate first thing I thought of was like where are the turkeys gonna live?”

Grace’s concerns for the turkeys were shared by many Danvillians alike, both old and young.

However, some Danville homeowners, such as Rita Hobden and her neighbor, are not too pleased about the turkeys roaming around Danville in search of new homes.

“Turkeys are fine, as long as they don’t overpopulate and they don’t eat people’s vegetation,” Hobden said. “They eat our neighbor’s grapes, who I know has a problem with the turkeys.”

All in all, let’s just hope the turkeys learn to stay off of people’s yards. Otherwise, they could end up being featured as the main course of Danville citizen’s Thanksgiving feasts.