The art of yoga 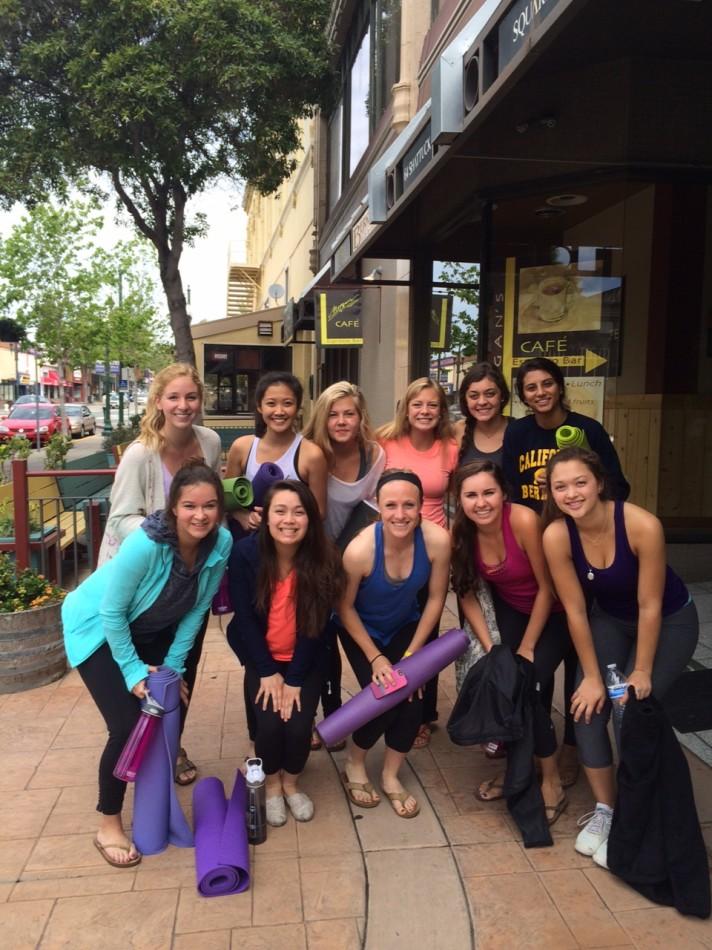 A group of friends from Monte Vista woke up early one morning to do yoga at "Yoga To The People" in Berkeley.

The art of yoga originated up to five to ten thousand years ago and has been passed down through generations orally.

The earliest location as to where yoga was practiced is the Indus Valley, India. Mohenjodaro seals were excavated from the valley, resembling a figure seated in the traditional yoga pose from about 3000 B.C. The sophisticated civilization was very powerful and influential.

Studies have shown that people who participate in 60 minute sessions of semi vigorous yoga per week, were 9 years younger on average than non exercises. Yoga changes you down to your own DNA. This certain study proved that the same people who exercised  had much longer telomeres, (which is the part of your DNA that acts as a marker for aging) than people who didn’t exercise. These results do hold true with any type of exercise, but yoga goes much farther than most, by detoxifying the body efficiency, and balancing and stimulating the endocrine system. The endocrine system helps regulate aging, healing, your metabolism as well as immunity. What could be better than looking great on the outside and feeling even better on the inside?

Senior Kendall Porterfield’s love for yoga began earlier this year when she signed up for yoga at Monte Vista, and joined a yoga facility in Berkeley called “Yoga to the People”.

“I’ve always thought that it was cool.” Porterfield says. The yoga she participates in at Monte Vista is Hathra Yoga, which is much more movement based, while the yoga she does in Berkeley, known as Vinyasa Yoga, involves matching one’s movement with their breath. “Yoga has definitely made me much more flexible,” Porterfield says. “It has given me better posture and I find that I have more energy.”

“It’s really relaxing and a fun thing to do with friends, but you also have a whole hour where you don’t have to think about anything,” Knutson said.

Mrs. Kendall, a math teacher and yoga teacher here at Monte Vista says that practicing yoga gives her time in her day to practice quieting her mind.

“I love that I always leave a class feeling refreshed, more patient with others around me, and more accepting of and patient with myself,” Kendall says.  “It helps put things in perspective.”

She believes that it’s imperative that students have a time in their day to stop their “often frantic, fast paced, life and practice self acceptance” and be given a time to “check in with how they are feeling physically and emotionally, and re-group.”

Ms. Kendall often practices yoga at 24 hour fitness and often on her own, but occasionally goes to free classes that the athletic store Lululemon holds. A few of Kendall’s students who take yoga outside of school say that there are great opportunities to practice yoga in Berkeley and San Francisco that are “pay what you can” based.

Regardless, if a student chooses to participate in the sport of yoga, working out, or being involved with extracurricular activities in general is always good idea. Students who choose to participate in extracurricular activities can enhance their time management and stress management skills as well as learn to improve their overall productivity in life.