Paralympics – the games you didn’t hear about 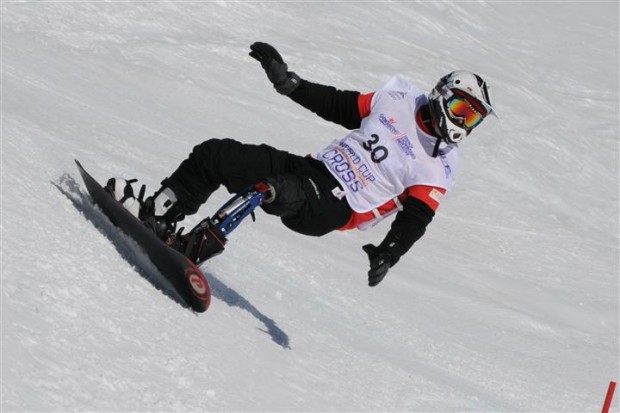 2014 was the first year alpine snowboarding was an event at the Paralympics, adding another exciting sport to the games. Photo credit: whitelines.com

While the 2014 Olympics in Russia made worldwide news, the lesser known Paralympic games also made history this year in Sochi.

This year, 550 athletes from 45 nations participated in this year’s Sochi Paralympic games, which took place from March 7th to the 16th.

Just as in the Olympic Games, ice hockey is one of the most exciting events in the Paralympic games. The variant of hockey played in the Paralympics is called sledge hockey. Athletes of sledge hockey have injuries to the lower body and sit in a sledge, which is essentially one large ice skate. Players use special dual hockey sticks to push themselves forward and hit the hockey puck.

Snowboarding was a Paralympic event for the first time this year. The only snowboarding event to make it to the Paralympics this year is alpine snowboarding, and others such as halfpipe and slopestyle have yet to be introduced.

The disability categories for the Paralympics are amputee, cerebral palsy, intellectual disability, wheelchair, visually impaired, and les autres (the others).

Amputee – loss of a limb
Cerebral palsy – brain damage that affects muscle control
Intellectual disability – disability in intellectual functioning
Wheelchair – injury that renders one wheelchair bound
Visually impaired – athletes that are either legally blind or have total blindness
Les autres (the others) – disabilities that do not fall under any of the other categories.

Some events only allow some of the athletes from some of the categories to participate. For example, blind athletes cannot compete in snowboarding or alpine skiing.

In terms of medal count, Russia dominated the games in both the number of gold medals and total number of medals, winning 30 gold and 80 total. Second was achieved by Germany, which won nine gold and 15 total. The United States achieved eighth place with two gold and 18 overall.

The the Paralympics are often overshadowed by the larger and more popular Olympics, but the Paralympics continue to grow. The excitement of both sporting events will continue in the 2016 Summer Rio de Janeiro Games.