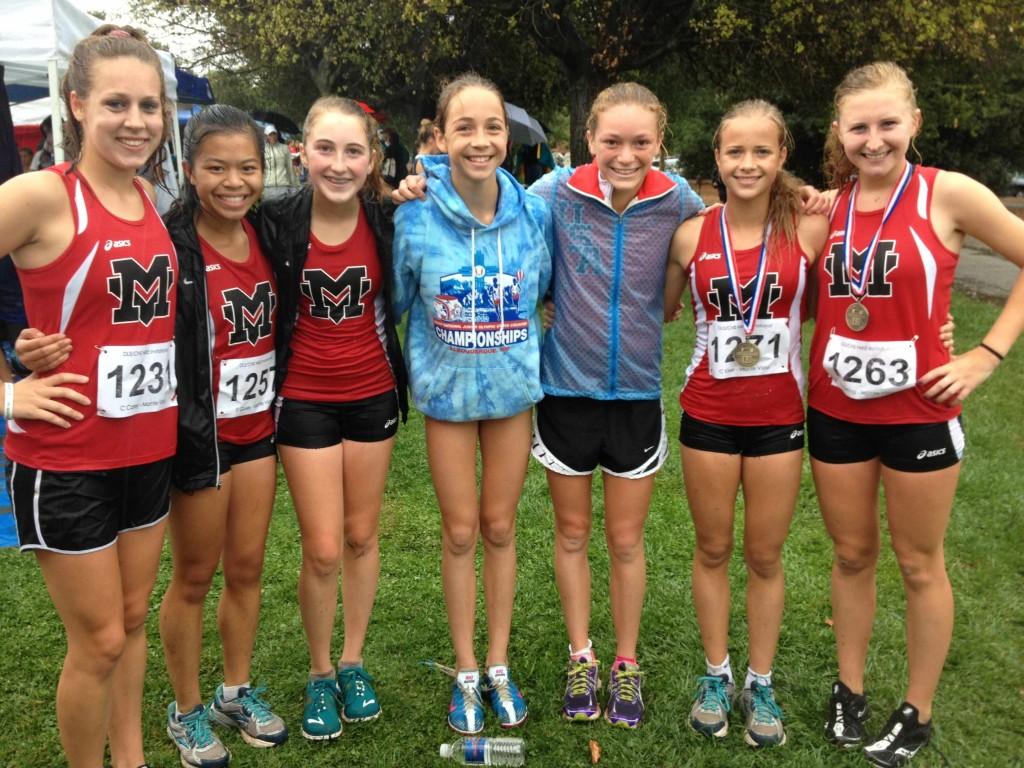 The girls varsity after their race at the Nike invitational. The girls ran three miles in the mud and pouring ran.

Girls cross country is currently ranked fifteenth in the state of California as well as second in the North Coast sectionals.

Girls cross country hasn’t been ranked this high in the last ten or more years. In order for the girls to have qualified for state they first needed to rank in our state division.

“If we try and do all the little steps it takes we can get there,” freshman Cat Fisher said.

In order to reach this position the coaches have been helping the whole team become more serious about all the extra aspects of cross country. Varsity has been putting in more miles as well as more volume, as well as the whole team. The seriousness of doing the extra warms ups and core have also been emphasised.

“All about the little things as Coach Davis has been saying,” senior and girls varsity captain Erin Herting said.

The girls varsity team, as well as jv have, have meeting after practices and weekends to bond. Together they make ribbons, tie dye t-shirts, and do much more than just run.

“Not all freshman get to be on varsity so it’s a really, really cool experience and it’s fun because varsity; we are like a family,” Cat said.

What has been extremely interesting this year in the range of talent among the team.

There is only one senior on varsity as well as two or three juniors the rest of the varsity team is dominated by the underclassmen.

It will be interesting to see now fast some off the freshman next year might be. Lets be careful upperclassmen, train hard and show the underclassmen we’re still on top.

“The whole girls team is basically underclassmen ,which is awesome, and they’re really, really good but even though we have a small number of seniors this year the ones we have are still really good.” Erin said.

The cross country team is oozing with talent and sure to continue it success, along boys who have also moved up in ranking will soon be up with there with the girls.

“Yes they are working really hard but yes they are talented; and talent goes a long way.” head coach Mike Davis said.